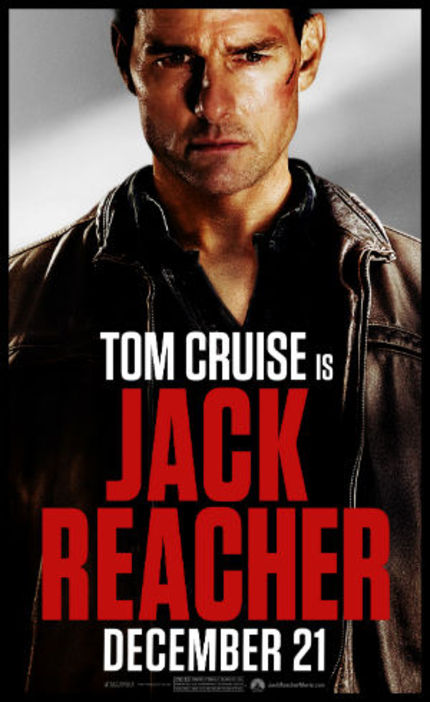 Tom Cruise has played larger-than-life characters before, but can he effectively portray a fictional character described as six foot, five inches tall, a monster of a man with a 50-inch chest? More importantly, can he convey the inner life of a former military policeman, now living the life of a drifter who disdains all material possessions?

Based on One Shot, the ninth entry in a series of novels by Lee Child, Jack Reacher has been adapted for the screen and directed by Christopher McQuarrie (writer of The Usual Suspects, director of The Way of the Gun), and, according to our own Kwenton Bellette, the film succeeds:


Jack Reacher is probably best-described as an action mystery, but in truth it traverses many genres, and ultimately treads much familiar ground with a new pair of shoes. However, the tropes of the action, mystery, crime, noir and thriller genres are simply asides that are circumvented by razor-sharp writing that turns the conventions on their head.

There are also shades of old school law conspiracy procedurals, a la John Grisham, and even nods to films which take on overarching socio-political issues, such as Chinatown. And of course, there's the antihero with his own brand of justice. Yet somehow, Jack Reacher still feels fresh, in large part due to the contained but effortlessly brilliant use of Pittsburgh as the foreboding and barely just city on the edge of crumbling into chaos.


I still can't believe [he] is in the film, [he] is clearly not an actor. That said, his presence is widely felt, especially as he speaks matter-of-factly in that fantastic accent.


Blending action, mystery and comedy with many other elements, Jack Reacher is a strange film to define; at times it is a parody of the seriousness you expect, and some truly off-kilter moments turn the film into something else entirely.

I'm not so crazy about Tom Cruise in general, but Kwenton's comments and the fact that Christopher McQuarrie has not only written the script but returned to the director's chair certainly moves the film much higher on my "must see" list. (Herzog's presence is the cherry on top.) Jack Reacher opens today in North America, and in Australia on January 3.