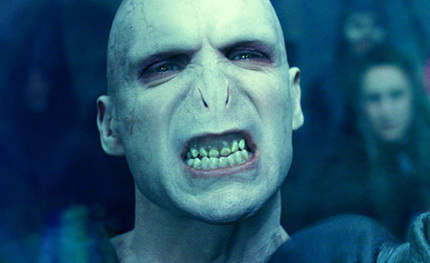 Look how happy Lord Voldemort is!

Variety reports that Ralph Fiennes is in talks to join the cast of Wes Anderson's ensemble comedy The Grand Budapest Hotel. Though Anderson is working with much of his regular cast in this latest outing he is also - as is his normal practice - reaching out to a few new faces, Fiennes included.  The British actor is reportedly set to take on the part of M. Gustave, the titular hotel's concierge.

This seems like a more than solid choice for both Anderson and Fiennes as Fiennes has fabulous comedy chops that he rarely gets the chance to show off.