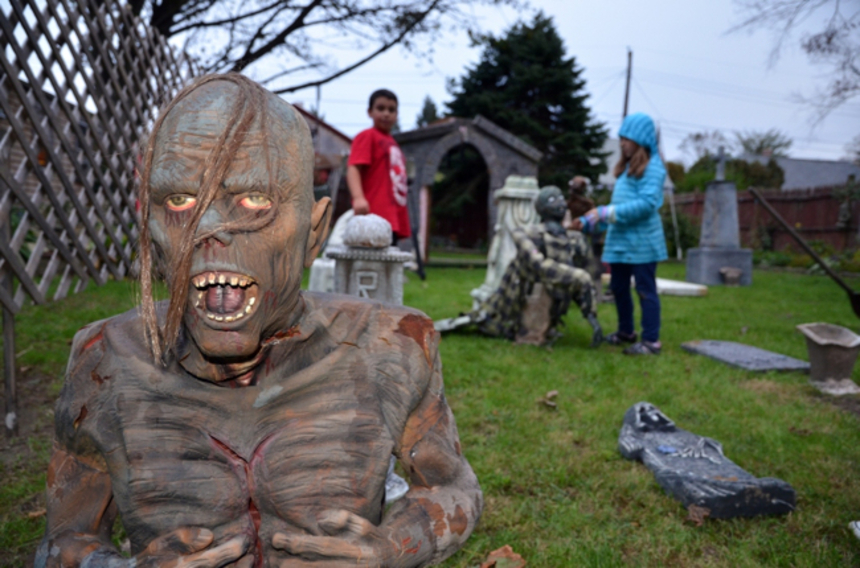 The American Scream, the award-winning documentary from Michael Stephenson, will enjoy its Asian premiere in Hong Kong later this month, as part of a special Halloween-themed double bill with Tom Holland's original Fright Night, on 23 October.

This special, one-off screening is being organised by independent collective "Hong Kong Alt Screenings" - of which I proudly count myself a member - who earlier this year hosted the first official screening anywhere in Asia of Stephenson's hilarious Best Worst Movie, together with cult classic Troll 2. We followed up that success with the Asian premiere of hit Danish comedy, Klown.
After years of seeing the films we love sail past Hong Kong, without stopping even for a token festival appearance, Ivy Lam, Spencer Douglass and myself decided that the only way to get these films in front of audiences in this town was to do it ourselves. And so we created Hong Kong Alt Screenings. To-date, we have two successes under our belts and are hoping for the hat-trick with a spooky evening packed with laughter, tears, a scare or two and a couple of damn fine films to get folks in the Halloween spirit.
The American Scream is not only a touching, hilarious and thoroughly entertaining story of loyalty and obsession, it was also one of the very best films we saw at Fantastic Fest last month. And what better film to follow up this tale of sleepy neighbourhoods transforming into ghoulish haunts for the undead, than 80s vampire classic, Fright Night!
For fear of repeating myself, I'll let the press release do the rest of the talking:

Hong Kong Alt Screenings is proud to present the Asian premiere of THE AMERICAN SCREAM, Michael Stephenson's much-lauded follow-up to his international hit documentary, BEST WORST MOVIE. The film had its debut last month at Fantastic Fest in Austin, Texas, where it was awarded the prize for Best Documentary.

Following the resounding successes of their previous double-bill screenings: BEST WORST MOVIE/TROLL 2 and FUTURE SHORTS/KLOWN, all of which were screening in Hong Kong for the first time, HK Alt Screenings will be presenting THE AMERICAN SCREAM together with Tom Holland's 1985 classic horror comedy FRIGHT NIGHT, in a special Halloween-themed event on Tuesday, 23 October.

THE AMERICAN SCREAM tells the story of three Halloween-obsessed families in the same Massachusetts town, who work flat out all year round to convert their homes into the neighbourhood's premier Halloween attractions. A warm-hearted and surprisingly touching portrait of family, obsession and our inherent fascination with fear, THE AMERICAN SCREAM is an honest and often hilarious look at small-town America through the unique perspective of Michael Stephenson, the man who lifted the lid off the residents of Nilbog!

FRIGHT NIGHT remains one of the best-loved horror comedies of the 1980s and boasts standout performances from Chris Sarandon and Roddy McDowall. When teenager Charley Brewster (William Ragsdale) discovers that his next-door neighbour (Sarandon) is a vampire, nobody will believe him, and he is forced to turn to McDowall's horror movie actor-turned-late-night TV host for help. More than 25 years on, FRIGHT NIGHT has lost none of its power to fright and delight audiences!

Following in the tradition of both Hong Kong Alt Screenings events and Halloween itself, audience members will be treated to a gift bag of sweets each, courtesy of Sim's Sweet Shop!

This unforgettable night of laughs, scares and ghoulish revelry will take place at the Hong Kong Science Museum Lecture Hall, at 7:30pm on Tuesday, 23 October. Tickets can be purchased in advance via Eventbrite.

Tickets will also be available at the door on the night.

Further information and updates about the event will be posted on the official Hong Kong Alt Screenings Facebook page.