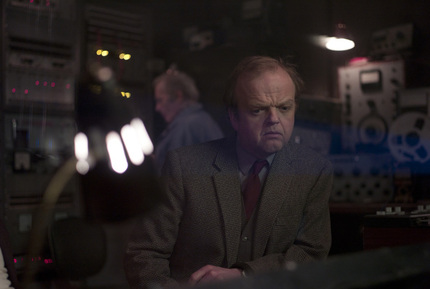 There is a key to unlocking Peter Strickland's dense and puzzling Berberian Sound Studio.  A line of dialogue that comes from the director of the film within the film.  A slip of the tongue.  In movies about sound, or more specifically about processing sound, there are no slips of the tongue. Everything you hear is important, and everything you see is misleading.

We put too much faith in what we see, oft times, and not enough faith in the other senses.  Films like Francis Ford Coppola's The Conversation, and now this one, force us to listen to the process, wallow in it, even if we do not necessarily know what we are listening for.