Sono Sion Planning To Go Blockbuster With WHY DON'T YOU PLAY IN HELL? 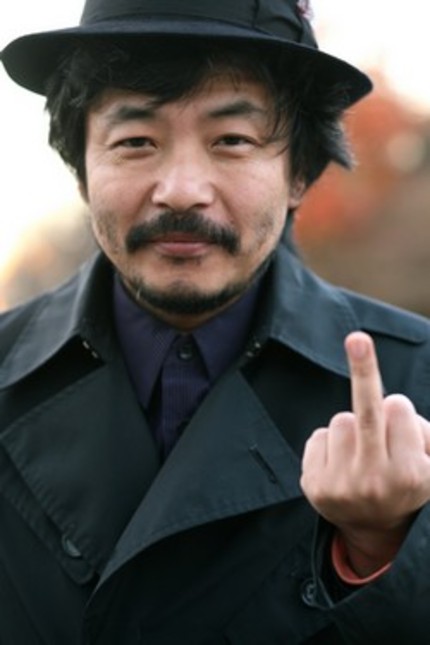 Sono Sion, the bizarre arthouse auteur of extreme cinema such as Love Exposure, Guilty Of Romance and Suicide Club - has decided it's time to go mainstream. Or at least as mainstream as his particular tastes will allow. Sono has announced that his upcoming feature, Why Don't You Play In Hell, will be an action movie with some similarities to Kill Bill.

Kunimura Jun, Tsutsumi Shinichi, Nikaido Fumi, Tomochika, Hasegawa Hiroki, and Hoshino Gen star in a story that Tokyo Hive says "focuses on a group of people who are only bound by hatred and that hatred is gradually reaching its boiling point. 'Muto' (Kunimura) desperately wants to help his daughter 'Mitsuko' (Nikaido) to star in a movie. 'Ikegami' (Tsutsumi) has fallen in love with 'Mitsuko', but he's on more than just bad terms with her father. Getting dragged into this complicated situation are the movie director 'Hirata' (Hasegawa) and some random man named 'Kouji' (Hoshino)."

Do you feel this content is inappropriate or infringes upon your rights? Click here to report it, or see our DMCA policy.
Sion SonoJun KunimuraFumi NikaidouShin'ichi TsutsumiHiroki HasegawaActionComedyDrama

More about Why Don't You Play In Hell