Todd Brown
Founder and Editor; Toronto, Canada (@AnarchistTodd)
Tweet Post Submit
In a move that makes so much sense it's shocking that it hasn't happened before now, Robert Rodriguez has cast Chilean action star Marko Zaror in a key villain role for the upcoming Machete Kills. Rodriguez apparently wrote the part specifically for the star of Mandrill, Kiltro and Mirageman and it will feature a number of fight sequences. A message to Zaror asking if he'd had the chance to punch Danny Trejo yet was simply answered with a happy "A few times!"

Rodriguez was quick to comment, "I've been a big fan of Marko's for years, and I even created this role specifically for him. He is an incredible martial artist with physics defying speed and agility, and he has a great movie star presence. I'm sure we'll be working together again soon."

For Zaror, this was an incredible opportunity.  "To get a chance to work with Robert Rodriguez was a dream of mine since I saw El Mariachi.  He has made some of the coolest characters ever.  I am honored to have had the experience to work with him and his exceptional team," says Zaror.

Zaror is currently working with producing partner and manager, Derek Rundell, and writer/director Ernesto Diaz Espinoza, from RONNOC Entertainment on their next film, Violent Rider.  This is the same trio that brought us fan favorites, Kiltro, Mirageman, and Mandrill.  In addition, Zaror will be joining One Good Thing written by Todd Brown [ed: That's me!] and the team that brought us The Raid.

Note, please, Rodriguez' confidence that the pair will be working together again soon ... something to look forward to in the upcoming Sin City: A Dame To Kill For, perhaps?

Check the trailers for Mandrill, Mirageman and Kiltro below for a taste of Zaror's abilities. 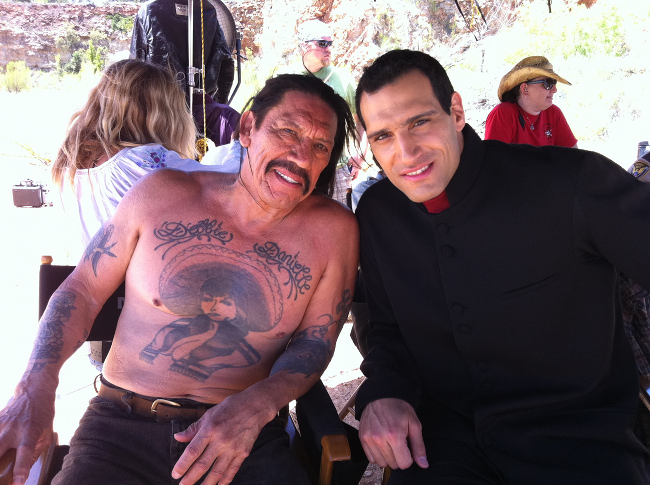