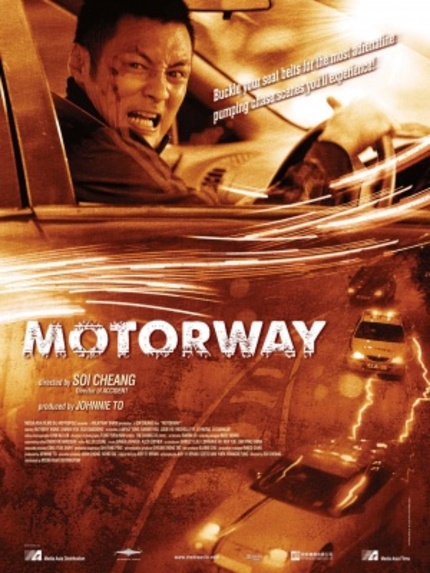 Only a week after the last trailer for Soi Cheang's car chase flick Motorway surfaced, Media Asia has uploaded another one on its official Youtube channel with even more footage of stunt driving goodness.  As mentioned before, the film is produced by Johnnie To and the cast includes Shawn Yue, Anthony Wong, Guo Xiaodong, Barbie Hsu and Josie Ho.

Sean is an overconfident rookie in the Stealth Riders, a secret police unit consisting of the best drivers in the force that targets underworld racing and fugitives on the run. Jensen is a legendary getaway driver, who's never been caught before his retirement 15 years ago. When Sean chances upon Jensen one day, he thinks his day has finally come.