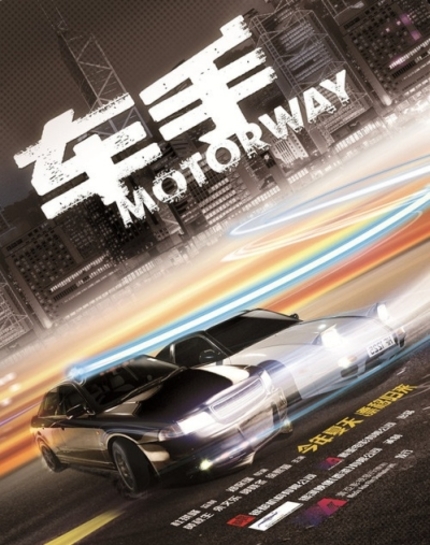 Sean (Shawn Yue) is an overconfident rookie with a need for speed. He works for a covert police unit consisting of the best drivers in the force specifically tackling underworld racing and fugitives on the run. Jensen (Guo Xiaodong) is one such target, a legendary escape driver for criminals, who had never been caught.

After an arduous car chase that occurs out of the blue, Sean outmanoeuvres Jensen and arrests him. While he is gloating over his triumph in the precinct, Jensen pulls off a prison break with another inmate. It appears he has let Sean capture him deliberately. This humiliation draws Sean towards veteran cop Lo (Anthony Wong) who almost lost his life years ago while chasing Jensen and has since sworn off the motorway. Together they work to bring down Jensen and a diamond heist that is being planned by him.

Soi Cheang's Motorway is quite a departure from his pessimistic cerebral ventures. The cynical and blacker than black Dog Bite Dog (2006) exploded onto the scene as a completely underrated gem exposing the dirtiest and grittiest Hong Kong has to offer. Although Shamo (2007) was his next film it failed to ignite, however his follow-up Accident (2009), although more commercially viable retained its darkness as a tale of psychosis set in the professional world of elite assassins.

Motorway could almost be considered a cynical venture on its own however as it contains an achingly familiar bare boned and cliché plot and shallow characters, quite unlike Cheang's previous work. Regardless of this Motorway really takes off where it matters most. Certainly an amalgamation of the aesthetics of well-known films the likes of Drive (2011), The Italian Job (1969) and even Fast and the Furious (2011) to name a few, Motorway successfully subdues the elements of these films and compacts them into minimalistic action scenes that focus exclusively on the driving.

These superb set pieces are what the plot revolves around and these scenes are stunningly executed with pitch perfect precision and timing. Each car chase is exhilarating, overly masculine and retains an acceptable level of realism. It is hard not to recommend a film that incorporates drifting strategically, but the recommendation does not come easily as Motorway will certainly not appeal to everyone.

The aesthetics are really what drives the film (pun intended) as the full display of masculine confidence and uncanny skills are on full display. This is enhanced by the progressive Drive-influenced soundtrack (which I loved) and the snappy editing. Whist the film falters in most dialogue-laden scenes, the action preceding them still lingers and the wait for the next thrilling scene is not a long one, and the scenes certainly are thrilling with Jensen's vehicle acting like a hunter, stalking its prey and methodically taking out each other driver.

These scenes are punctuated by one-line expositions and supporting characters, including an odd Josie Ho performance and Sean's potential love interest played by actress Barbie Hsu; a completely one-note nurse that only makes a screen appearance three times.

The progression of the plot ticks all the perfunctory boxes but ultimately I would have enjoyed this film more if it was one ninety minute chase sequence, it certainly felt like that what Soi Cheang would have preferred as the full mastery of the stunt drivers undeniably enhance the film as they race through a very different Hong Kong (without permits!) than what was portrayed in Cheang's previous films.

As it stands however Motorway still comes recommended with some reservations. If you want to see a film about a motorway, the essence of driving and stunning displays of uncanny skill and tactical drifting, then look no further.

Motorway is out now in Australia in selected cinemas 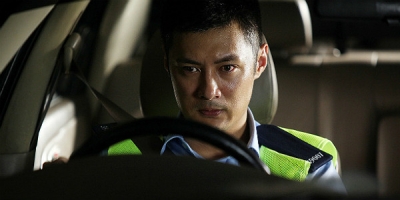