Holding Out for a Hero: Katniss and the New (Female) Role Model 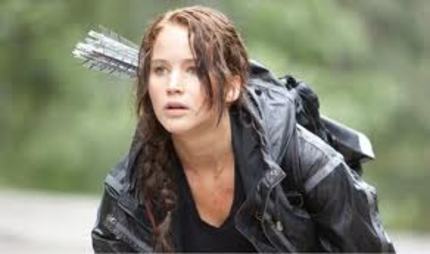 It's not easy to be a hero. Just ask Katniss, the main character in the new film The Hunger Games, based on the book of the same name (the first in a trilogy by Suzanne Collins.)

Living a life of quiet desperation, spending most of her time keeping starvation at bay from her and her family, she is thrust into the spotlight when attempting to save her sister. Thrust into a game of survival, literally, she unwillingly becomes the symbol of the rebellion against a totalitarian government. Yes, she. Is Katniss the new Buffy? Not that there needs to be a new Buffy; she stands quite well on her own, and Katniss stands as her own character. But considering the incredibly strong box office earnings of the film in its opening weekend, it seems that young people -- the books and film are geared for young adults -- are more than ready for a new hero, and this new hero's gender is, well, irrelevant.

But is she a good role model? Certainly, film characters are frequently put in situations where their ethics and morals are put to question, or they must fight adversity. I'm thinking of films that feature human heroes, such as police officers up against criminal elements; scientists to whom no one will listen when they attempt to prevent disaster; or we could extend this to superhero films, with characters such as Batman, Superman or Spider-Man, who must balance humanity against their own powers. All these characters are meant to represent humanity at large: the struggles we, as humans, must also contend with as we choose between right and wrong, and all grey matters in the middle. They become heroes, and are often held up as role models. But mostly, they are seen as complex characters, an extension of us.

But these are (almost always) men. Women are 'the other'; a film featuring a female will usually be said to represent a woman's perspective, ignoring the fact that women make up slightly more than half of the human race and "women's" issues are human issues. While no one person can be expected to stand in for all of us, it is certainly ridiculous to suggest that only men can be representative.

I'm sure I don't need to point out how horribly
underrepresented women are in film, both on 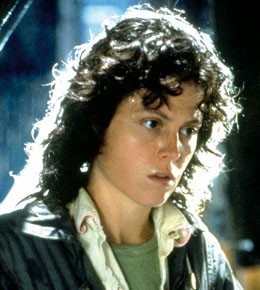 and off screen. (And not just women: any person who falls outside what is considered normative representation - male, white, Christian, heterosexual - has received short shrift.) And when women are represented, more often than not the characters are two dimensional, and meant to appear as decoration, rarely holding narrative agency. In films that do feature women as the main characters, the film is often called a "chick flick", with the great prize at the end of the film being a man. There certainly are exceptions to this rule: Ripley in Alien, Thelma and Louise in the film of the same name being those that are readily recognizable. (And I'm sure someone could do a great job investigating recent horror, sci-fi and action films for female representation, as genre film seems to be more readily accepting of women kicking ass.) But it's still the rare exception, as opposed to the rule. Those who haven't already should watch the Bechel Test, a fantastic overview of women in Hollywood films. 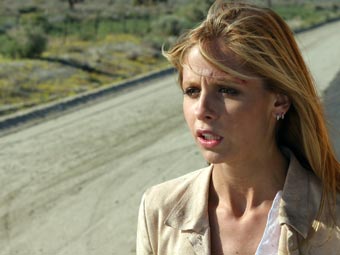 Probably one of the main reasons that Buffy (yes, I know it's television, but it did start out as a film, and television has mirrored film in representation) continues to be popular with girls and women is that she seemed, well, human. Yes, romance and sex made up a big part of the story, but that was never all that Buffy was about. She was about her role as slayer, and that weighed on her. She was complex, tough, she studied her enemy in order to defeat them, she struggled to survive. My colleague Sophie Mayer has an excellent piece on the slayer as representative of agency and power, and in it she compares the struggle that all young people are fighting in a world that seems, more and more, to be leaving them with nothing. The fact that Buffy is female is at once important and irrelevant. Men might put her poster on their wall and think sexy thoughts about her, but I bet plenty of them relate to her as a character as well, understanding her as a young person growing into adulthood. 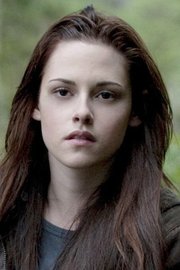 The most recent female character to receive great attention is Bella, from the Twilight series. On a strictly narrative level, it might be a bit unfair to add her into the mix; Twilight is a romance, and so Bella has little to do other than be in love. But as the main character, she does have narrative agency. Or so one would think. Her agency is taken away, quite literally, by the men in her life. Edward is a creepy stalker with whom she becomes obsessed to the point of death; Jacob doesn't come off much better in his obsession. Bella becomes nearly catatonic when separated from Edward, and it takes several films before things work themselves out. Bella is defined solely by these two men, and her love for them. We are given little else of her personality, and she has no chance to develop as a character. She is Laura Mulvey's gaze incarnate: she exists to be gazed at by men; even the predominantly female audience views her through a man's (or perhaps more accurately, a boy's) eyes. It preys upon young girl's insecurities, and is a fantasy that seeks to redefine the awkwardness and isolation of the teenage girl.

And so what of Katniss? Her world is very different from Buffy's and Bella's. In this post-nuclear war United States, she lives in a poverty-stricken district, learns to hunt to keep her family from starvation, and must develop a hard shell to keep her emotions and heart in check. Although only 17, she has had to grow up fast. She is intelligent, but keeps most people at bay. When her friend Gale attempts to speak to her of wider political concerns, she (at least at first) mostly ignores him; her lack of interest stems from her concentration on keeping her family alive. She is incredibly media-savvy: over years of observation, she has learned and continues to learn how to perform in the games to keep herself alive. She is brave, but not stupid enough to be fearless. She is selfless, but not kind (except in rare moments with Primrose and Rue.) She is frequently acerbic, has few friends, and doesn't care that she doesn't.

She has what has been stereotyped as 'female' qualities: she nurtures her sister, Primrose, and Rue, a fellow contestant; she cries over the death of Rue; she develops romantic feelings; she does not kill the other contestants without remorse. And she has so-called 'masculine' qualities: she is stubborn; she uses romance as a means to an end; she is frequently emotionally detached; and she is an excellent hunter. Indeed, she takes the place of her deceased father, in becoming the family's main provider, and her lack of sentiment solidifies that role.

I'm guessing (or at least hoping) that you will read the
previous paragraph and think, that 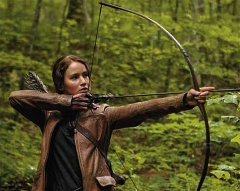 those are qualities that could apply to either gender. You're right, they could. Which is exactly the point. While I have not done a scientific survey, various articles and webpages I have read indicate that the books are enjoyed by kids of both genders, and there is little shyness on the part of boys of their attachment to Katniss as a character. According to the New York Times, nearly 40% of the film's weekend audience was male.

The society Katniss inhabits does not appear sexist or racist; rather, its citizens are judged by their socio-economic status. The games themselves do not give an advantage to brute strength, and there is as much of a chance that a girl can win as a boy. The marketing for the film, for the most part, has concentrated on the action; the romance, which is a subplot, has only been touched upon in the past few weeks.

However, it still seems impossible for Katniss not to be seen as a woman, as least by some. An article on Slate quite rightly bemoans various critics who think that Jennifer Lawrence is not 'skinny' enough to play Katniss, who according to them, is supposed to be half-starved. If they had had at least one eye and ear open during the film (or read the book), they would know that, while Katness certainly isn't well-fed, she hunts precisely to keep away starvation. Since none of these critics seems to have a problem with the very well-built Liam Hemsworth, whose character Gale lives in the same district as Katniss and faces the same problem of lack of food, they seem more more upset that someone who isn't a size 0 has a lead role that isn't comedic. Katniss and Lawrence must still fight to be seen as character/actor, rather than just a body.

So is Katniss a great female role model? More to the point, does she need to be? No one expects every male character on screen to be one, though certainly some are either implied or inferred as such. As are female characters. Any characters outside of the male/white/Christian/heterosexual norm have gone through periods in film where they were designed and expected to be 'role models', examples of whatever that particular subject was supposed to be in society. We need to move beyond this. Katniss is far from perfect, as the subsequent films will reveal. But her imperfection is part of her character development,as it would be with a male hero or role model.
Obviously the role model question is more relevant when the film is geared towards the young, who are more impressionable. This goes double for girls, who have been sorely lacking in images of themselves as anything other than two-dimensional objects for some time. The subsequent books (and their film adaptations) will no doubt add more to this debate. Katniss is far from perfect, and at times she is helpless and lacking in decisiveness. But no more so than any male character would be in her place. What the film presents is a role model; the fact that it is a girl as oppose to a boy is irrelevant. And that's the best kind of role model.

"And not just women: any person who falls outside what is considered normative representation - male, white, Christian, heterosexual - has received short shrift."

While three of the four are almost always clearly on display, I rarely see a character's religion (at least in a big-budget actioner) on display. Not saying they're ever Buddhist or Sikh - they're just usually not anything.

If you're going to put spoilers in an article about a film (especially one that's only been in the theatres a few weeks) then please mention it at the top of the page!