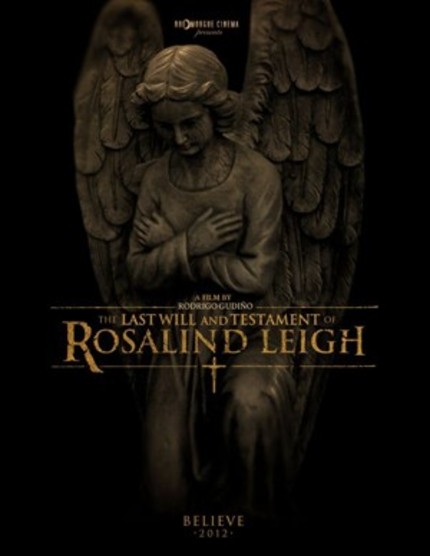 Rue Morgue founder and award winning short film maker Rodrigo Gudino is now deep into post on his debut feature, the chilling The Last Will And Testament Of Rosalind Leigh. An unusual spin on the haunted house tale, Rosalind Leigh stars Small Town Murder Songs star Aaron Poole returned home to clean out his mother's house following her death only to discover something else ...

Poole plays Leon Leigh, an antiques collector who inherits a house from his deceased mother only to discover that she had been living in a shrine devoted to a mysterious cult of angels. Once there he begins to suspect that the forces that drove his mother to suicide may still be lurking within the house.

Gudino has just released a trio of images from the picture, the first proper look from on set. We get two stills plus a shot of the director working with his star. Check them all out in the gallery below.
Tweet Post Submit

Do you feel this content is inappropriate or infringes upon your rights? Click here to report it, or see our DMCA policy.
Rodrigo GudiñoAaron PooleVanessa RedgraveJulian RichingsStephen Eric McIntyreHorrorMysteryThriller