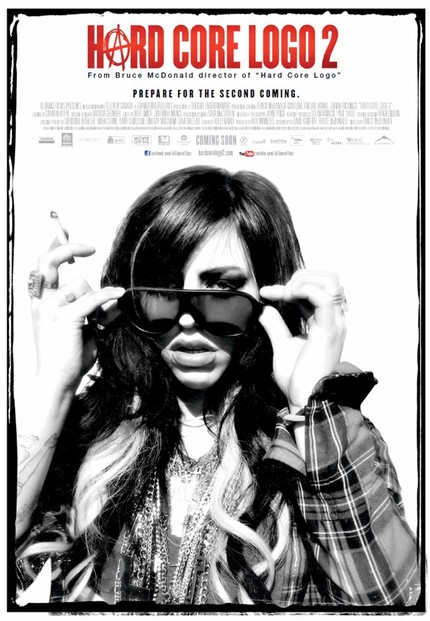 Forming a sort of conclusion to his unofficial trilogy of road movies that began with 1989's Roadkill and continued with 1991's Highway 61, Bruce McDonald's Hard Core Logo became something of a cult sensation - one that firmly entrenched McDonald as one of Canada's most iconic indie filmmakers while also launching star Hugh Dillon's transformation from hard drinking rock singer to screen star.

There had been rumblings of an in-the-works sequel for years before it actually came to be and, true to form, McDonald's Hard Core Logo 2 refused to play by the rules laid down by the original.

In this long-awaited B-Side to HARD CORE LOGO, Bruce McDonald brings a new rock and roll persona to light: Care Failure of the band Die Mannequin, who claims to be channeling the spirit of Joe Dick. Fifteen years have passed since Bruce completed his infamous rock documentary HARD CORE LOGO, a gritty account that chronicled the demise of the punk rock outfit and captured lead singer Joe Dick's on-camera suicide. Though he has since lived with the guilt of immortalizing Joe's death on film, Bruce has moved on to become a directorial success with his hit series "The Pilgrim" for the Home Bible Channel and now occupies a plush home in Los Angeles with his wife and daughter. When lead actor and bible belt heartthrob Rufus Melon is embroiled in a sex scandal, "The Pilgrim" is shelved and Bruce ends up in the company of wiccan filmmaker Liz Moore. Before he knows it, they are on a plane to Florida to interview Care Failure. When they arrive at the overgrown complex in Okeechobee, Bruce manages to interview Care and is immediately sucked in by her tortured soul.

Hard Core Logo 2 will soon be making its way to Canadian screens - an April 13th release is planned - and what you see above is the first poster for the film.
Tweet Post Submit