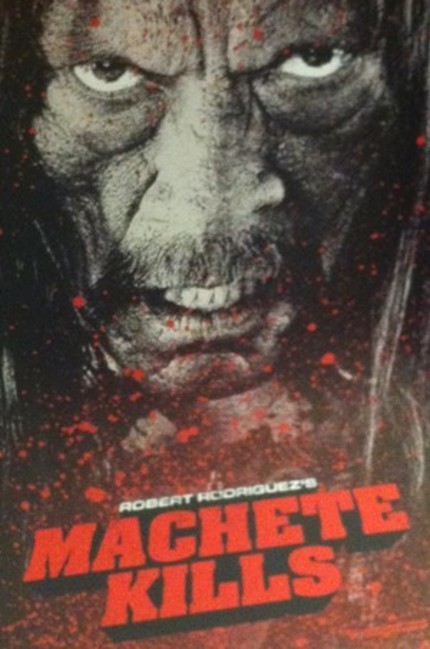 It's grainy. It's tilted. It was shot on an iPhone. But it's the new promo art for Robert Rodriguez's Machete Kills with Danny Trejo.

Here's how Deadline described the plot:

The new film finds Machete recruited by the U.S. Government for a mission which would be impossible for any mortal man. Machete must battle his way through Mexico to take down a madman cartel leader and an eccentric billionaire arms dealer who has hatched a plan to spread war across the planet with a weapon in space. Machete takes on an army in an effort to dismantle a plan for global anarchy.

Yes, I did consider getting a better version of the art but, hey ... it's a grindhouse knockoff. It's appropriate.
Tweet Post Submit