Sundance 2012 Review: BONES BRIDAGE: AN AUTOBIOGRAPHY is a Riveting Look at the Six Misfits who Forever Changed the Skateboard Revolution 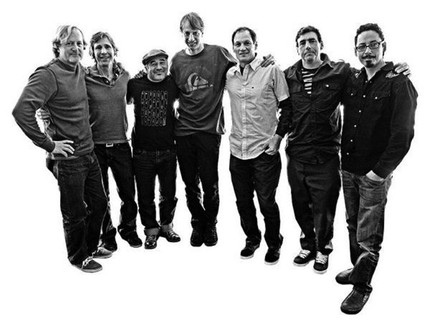 "We pioneered the way to make money at skateboarding." - Lance Mountain

Before the 80's skateboard boom, the industry had hit another downward spiral so bad it had been coined the "Dark Ages." Zephyr, the world's biggest in-your-face skate team at the time had disbanded and the sport started fading away (again). Soon after, Stacy Peralta (one of Zephyr's former riders) built and managed a new team with fresh, young talent. He scouted and handpicked them by way of contests and friend recommendations. Six riders would make up this team: Rodney Mullen, Lance Mountain, Tony Hawk, Steve Caballero, Mike McGill, and Tommy Guerrero, and they would be known as the Bones Brigade. Not knowing it at the time, these six misfits would forever change the skateboard revolution. Decades later, skateboarder-turned-skateboard-coach-turned-filmmaker Peralta flawlessly and passionately documents this story, appropriately titled Bones Brigade: An Autobiography.

Bones Brigade is a talking heads documentary which means there are first-hand stories being told and, at times, things get intense and very unapologetic. Peralta gave all of the skateboarders room to completely express themselves and open up about the most exciting and difficult times in their careers. Nobody wants the world to know things that make them rattle - particularly not stars of a sport based on bravado - but these guys courageously share just that - it's tragic, heartfelt, and inspirational. 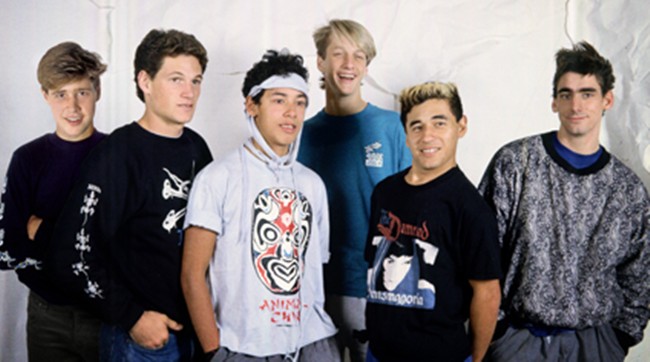 Peralta has tackled other subjects in his film career - surfing and the most notorious gangs in recent history, the Bloods and Crips - but telling stories about skateboarding is what he was born to do. He first garnered Hollywood's attention with the moving story of the Zephyr team called Dogtown and Z-Boys. Just like the Bones Brigade team, the Z-Boys just wanted to skate. They didn't care about money or fame.

I was an avid skateboarder throughout my teen angst years and grew up watching and idolizing these guys, so I went into this film completely biased. I know, I know, you're not supposed to do that, blah blah blah, but this is so nostalgic and I'm the writer so I'll do whatever the hell I want. However, Bones Brigade defines itself as a film about people who passionately believed in something special. You don't need to be knee-deep or even care about skateboarding to fall in love with this film. Bones Brigade: The Autobiography is a masterpiece.
Follow Chase Whale on Twitter
Sign-In to Vote
Tweet 0 Submit

Do you feel this content is inappropriate or infringes upon your rights? Click here to report it, or see our DMCA policy.
Stacy PeraltaTony AlvaSteve CaballeroFred DurstShepard FaireyDocumentarySport

Hell yeah, these guys are giants and such an important part of my youth. I got to meet Lance Mountain once, really nice dude.

I can't wait to see this film. ollieracepnc

Hello, my name is Danny Cisneros and I am here to tell you that skateboarding is alive and well, and that the boundaries of skateboarding are continually being challenged and progression is being made all over the world. I am 48 years old, born in Torrance Ca. and moved to Colo. at 7 years old. The first thing I wanted was a skateboard and it took me 3 years to convince my Mom to buy me one. I have been skating ever since and now married 25 years, and have 5 skateboarding children ( I AM WORKING ON A WORLD RECORD SKATEBOARDING HANDSTAND **OVER 35 MPH.**) in 2012 ( 40 years of evolution ). I skateboard on a regular basis and I am very inspired by my skateboarding brothers ( The Bones Brigade ) who had and have a passion for living and skateboarding. It is so inspiring to see film of these events and the passion of those who valued and captured these moments on film. It is because of those who skated and filmed these events that their is such a story to be told and shared. ALWAYS REMEMBER THAT IT TAKES THE SKATER TO PERFORM, BUT IT ALSO TAKES A ( very patient and determined) VISIONARY, HISTORIAN, AND ARTIST TO VALUE AND THEN CAPTURE THESE MOMENTS IN TIME.....THEN MANY YEARS LATER SHARE THEM WITH THE REST OF THE WORLD. P.S. Thank you Stacy and crew for this film and to all those who have captured a part of my skateboarding life and have helped me to share it... ( G00GLE: Dan Cisneros skate ) To enjoy the insanity ! SHRED OR DIE...YOU TUBE... SKATELEGENDS.COM... Get board..Go skate!

As a former skateboarder myself and another who grew up idiolizing the Bones Brigade (as much as I disliked freestyle, even I had to admit Rodney Mullen was not of this earth), I absolutely loved this movie. Required viewing for anyone who used to roll on four wheels.