Marvel In The 90's: THE DEATH OF THE INCREDIBLE HULK 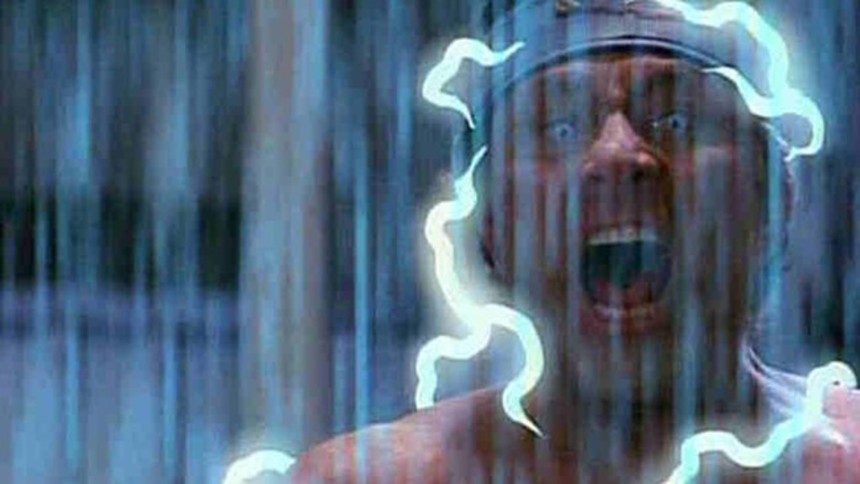 With The Punisher never making it to American theaters, Marvel's next live-action attempt would return to the safety net of both television and The Hulk. Even though neither of the Eighties Hulk TV films actually spawned the series they were intending, people still liked watching Bill Bixby and Lou Ferrigno running around righting wrongs.

The 1990 television film, The Death of the Incredible Hulk was originally supposed to be the same sort of experiment, introducing She-Hulk and/or Iron Man, however when it finally came together, it instead served as a swansong for Bill Bixby and focused on one last attempt at a cure for Banner's Hulk-itis. Unfortunately, even though it wasn't intended to really be the end of the Hulk on television (the plan was to have him return from the grave with Banner's mind in the Hulk body), Bill Bixby's health went south and he died before a proposed Rebirth of the Incredible Hulk film could get underway.

The writing and directing team of Gerald Di Pego and Bill Bixby returned to provide a film much more like what one would expect from a continuation of The Incredible Hulk series from the Seventies.

Once again Banner is working at a research facility under an assumed name, however the twist this time is that he's pretending to be mentally handicapped and working as a janitor. He has been befriended by the lead scientist, Dr. Ronald Pratt (Philip Sterling (Doctor Strange), who is working on developing the power of Self-Healing through genetic manipulation. Banner is sneaking in after-hours, tinkering with, and improving, Dr. Pratt's research in the hopes of, you guessed it, finding a cure for his own Hulking-out condition.

On a parallel narrative track, we are introduced to Jasmin, a sexy Russian spy, and her handler, Kasha. They're played by two actors who would gain a fair amount of geek cred throughout the Nineties: Elizabeth Gracen (Highlander: The Raven) and the late, great Andreas Katsulas (G'Kar from Babylon 5), and both do decent jobs avoiding the traditional, mustache-twirling Russian villain stereotypes. Or maybe I'm just biased in my love of the work of Katsulas (G'Kar was one of the greatest characters in sci-fi television history in my book, plus Katsulas was awesome in Philippe Mora's film adaptation of Whitley Strieber's Communion).

It doesn't take long for these two tracks to start converging, as Jasmin wants out of the Spy biz, but Kasha essentially blackmails her into one last job. In order to save the life of her sister, Jasmin agrees to steal Dr. Pratt's research, as both the Russians and the American government want to use it to create the ultimate Super Soldier. They call it the Perfect Soldier, but I think we all know what they're referencing there.

In the meantime, Dr. Pratt realizes that someone's helping him out and discovers Banner's true identity. Together they continue working on the dual purpose of completing Pratt's research and Banner's cure. Unfortunately, Jasmin interrupts their last-ditch effort at the cure, and, in the process gets Pratt injured. She actually saves him from being killed, but he ends up in a coma and the authorities begin hunting for her, Banner, and the mysterious Green Giant who was also on the scene at the lab.

The Russians are after Banner, too, and adding to the suspense, Jasmin is going to be thrown to the wolves along with him. To complete the Russian Espionage trifecta of plot twists, Jasmin's sister is revealed to be the new head of the agency, code-named Voshenko, and has ordered her own sister's execution. Needless to say, Banner and Jasmin end up on the run together, eventually tumbling into bed, as well.

The final third of the film is mostly sex, running from killers, and violence. Dr. Pratt is revived from his coma, but is then kidnapped by the Russians. Finally, everything comes together at a small airport as the Russians, the police, and the Incredible Hulk all collide. It's a surprisingly violent shoot-out that seems to just begin with no warning as soon as the police arrive. This inspires a last-minute escape attempt by Voshenko via small single-engine plane, but not before the Hulk climbs on-board.

After doing damage inside, the plane begins to crash and the Hulk is tossed out, falling and falling and falling, smashing into the concrete of the runway below. After landing, he transforms back into Banner as Jasmin, Dr. and Mrs. Pratt gather around.

"Jasmin. I am free," Banner chokes out just before he dies.

It's a surprisingly powerful scene that, even given the title of the film, comes as a bit of a shock. The only bad part about it is the cheesy song that plays over the closing credits, which might not even be that bad if Bill Bixby didn't duet with the female singer over the chorus.

And while we now know that another installment in the series of Hulk TV films was being planned and that Bill Bixby's death put a halt to it, the conclusion of The Death of the Incredible Hulk is still one of the most satisfying of the Marvel TV movies so far. It's surprising sometimes to realize how the open-ended nature of series television undermines a good, fully-realized conclusion.

The rest of the Nineties wouldn't be good to live action Marvel projects, and this would be the last made-for-TV film until 1996's Generation X (not counting the unaired Power Pack pilot from 1991) and 1998's Nick Fury: Agent of S.H.I.E.L.D., as over the next few years, Marvel's feature-film prospects crashed and burned with Captain America (1990) and The Fantastic Four (1994). Neither film would actually be released, with Captain America going straight to video and Fantastic Four being put on a shelf somewhere, only available, to this day, as a low-quality bootleg.