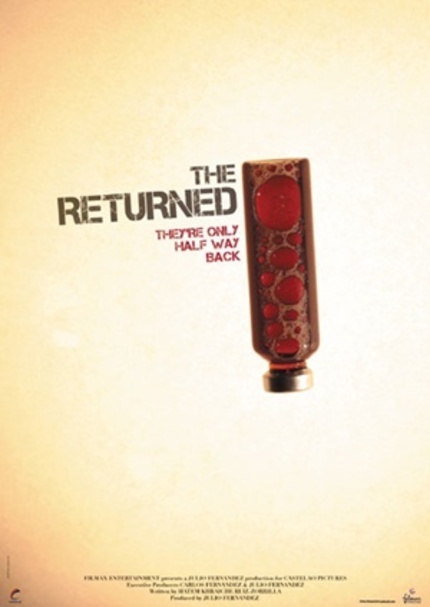 It's really quite amazing to me that given the sheer volume of zombie films produced every year that so few writers and directors have given any thought to what happens <i>after</i> the zombie apocalypse is over. These creatures were people's family members, after all, and they're still here in some capacity which raises any number of interesting issues to explore.

Kate works at the hospital in the Return Unit, helping those who have been infected by the virus that turns people into zombies. Kate's dedication to her work is absolute, but few people realize that for her it is also a personal matter; Kate's own husband, Jason, has been returned.

After various brutal and prolific attacks at the hands of Anti-Return groups and rumours that the "Protein" stock is running dangerously low, Kate fears for Jason´s safety. Suspicious of the government's order that all the returned should report to a secure medical facility 'for their own safety', the couple decides to flee, taking with them all the doses of "Return Protein" they have. At no point does the couple imagine that the real threat is a lot closer than they think...

Currently in pre-production this one has a fabulous starting point and the backing of [REC] producers Filmax, so it should very definitely be one to keep an eye on.

More about The Returned