Fassbender Takes A Beating In Second Trailer For Soderbergh's HAYWIRE 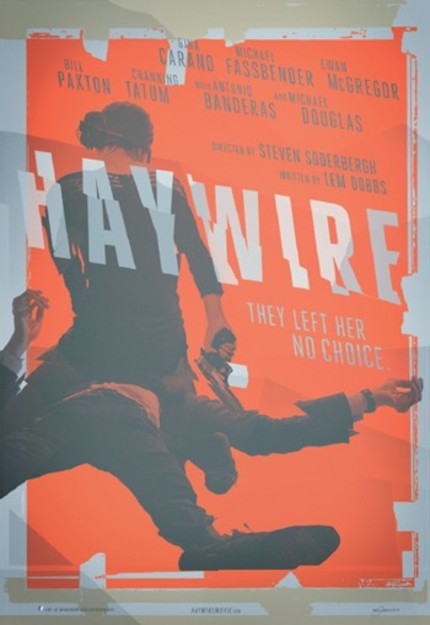 You know what was missing from the first trailer for Steven Soderbergh's Haywire? Michael Fassbender. But with the star drawing huge notice lately for his turn in Steve McQueen's Shame they've corrected that with the second effort which, while still keeping the focus largely on Gina Carano, gives a much broader view of the talent involved.

Beautiful freelance covert operative Mallory Kane is hired out by her handler to various global entities to perform jobs which governments can't authorize and heads of state would rather not know about. After a mission to rescue a hostage in Barcelona, Mallory is quickly dispatched on another mission to Dublin. When the operation goes awry and Mallory finds she has been double crossed, she needs to use all of her skills, tricks and abilities to escape an international manhunt, make it back to the United States, protect her family, and exact revenge on those that have betrayed her.

Entertainment Weekly have the exclusive on this new trailer for the time being. Head on over here to take a look.