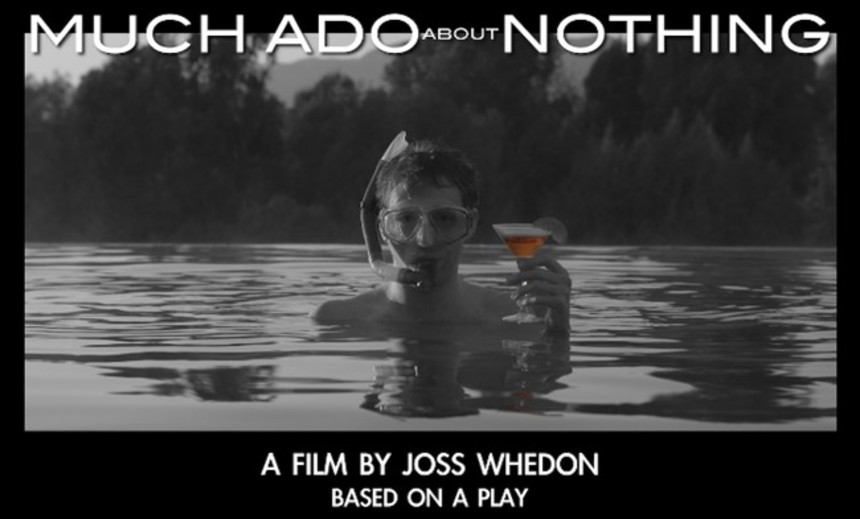 Here's the thing about being a cult fave director also beloved by your former cast and crew. You can call in a lot of favors to do things on the cheap and on the sly simply because you want to.

Case in point: Joss Whedon, currently in the news thanks to his directing gig on The Avengers, has just announced the completion of principal photography on an adaptation of Shakespeare's Much Ado About Nothing. Actually it wasn't Whedon who announced it, it was his Twitter-happy former Firefly star Nathan Fillion, who appears in the project alongside other former Whedonites Amy Acker and Alexis Denisof with recent Whedon convert Clark Gregg thrown in for good measure.

That a guy subjected to as much fan scrutiny as Whedon is can pull something like this off on the down low is pretty remarkable, the question now is what exactly it actually is. A short? A feature? Another web-series a la Dr Horrible? Nobody is spilling any specifics just yet.
Tweet Post Submit