Review: MUCH ADO ABOUT NOTHING Respects Its Playful Source 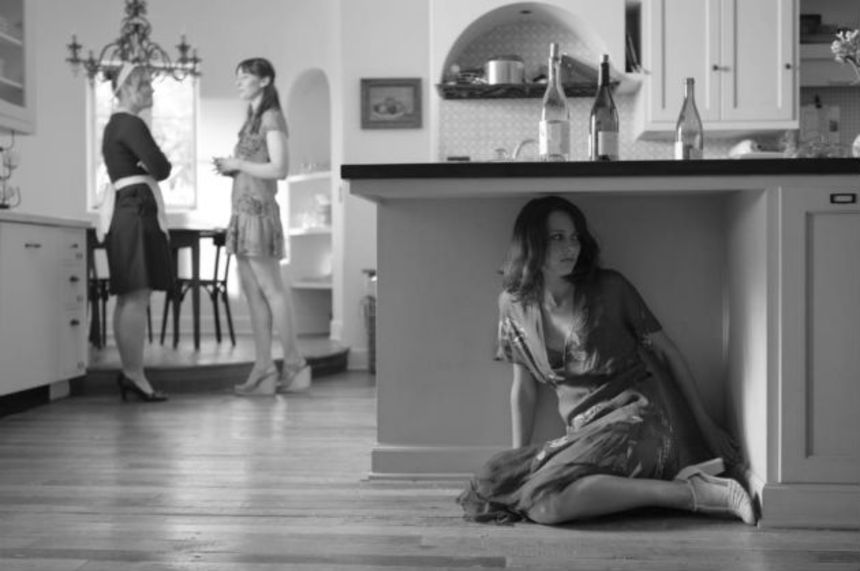 So. You've the director of what will soon become one of the biggest, most successful films ever created. And you've got a bit of time on your hands. So what do you do? If you're Joss Whedon - creator of Buffy The Vampire Slayer, Angel, Firefly, and Dollhouse, writer of Toy Story, director of The Avengers - you break out your Rolodex, invite a few friends over to your house, and film an adaptation of a classic play by William Shakespeare.

For those unfamiliar with the basic story, here it goes: Don Pedro has just returned home after a successful military campaign, bunking down along the way with the loyal governor of Messina, Leonato. It takes no time at all for Pedro's youthful supporter, Count Claudio, to announce his love for Leonato's daugher Hero. It takes even less time for his other supporter, Benedick, to announce his disdain for marriage in general and Leonato's niece Beatrice, in particular. Clearly what is required is for Pedro to arrange a match between Claudio and Hero while setting up Benedick and Beatrice for good measure.

The appeal of Shakespeare's comedies for Whedon is immediately clear, Whedon sharing the bard's love for multi-stranded stories, clever wordplay and physical comedy. And Much Ado About Nothing gives Whedon and company plenty of opportunity to indulge in all of the above.

Populated by familiar faces from the Whedonverse - Amy Acker reminds that she is a fabulous comedic actress, with Alexis Denisoff, Fran Kranz, Nathan Fillion, and others all turning up - along with newer collaborators such as the wildly versatile Clark Gregg, the most surprising element of the Whedon adaptation is just how little adapting Whedon feels compelled to do. Shot in black and white in and around the director's own home, this version of Much Ado is remarkably faithful to the text, Whedon declining to even tweak the sensitive racial and sexual politics themes that are commonly massaged in contemporary stage versions. And this is perhaps because this is less a film than a group of very talented friends simply getting together to play by staging a play. Clearly an antidote to the heavily artificial process of creating The Avengers, things are left as plain and simple as possible, the joy of the process being the play itself.

Which is not to say that there is no craft on display here. Whedon has always been remarkably adept at seeding little grace notes throughout his work and he finds ways to frame and stage the text that continually surprise and entertain with plenty of sight gags and non-verbals bringing new life to the text. The entire cast is strong, with Acker and Gregg deserving particular praise, and the presentation engaging and lively from start to finish.

One thing that is often forgotten about Shakespeare is that his plays were not created as the serious art that they are often regarded as now. They were meant as popular entertainment, created for the masses, and Whedon embraces that aspect fully. This is meant to be fun, a group of creative friends simply enjoying each other's company. And we're lucky enough to get to join in.

Review originally published during the Toronto International Film Festival in September 2012. Much Ado About Nothing opens in select theatres in the U.S. on June 7 before rolling out across the country. Visit the official site for more information.

Do you feel this content is inappropriate or infringes upon your rights? Click here to report it, or see our DMCA policy.
Amy AckerClark GreggJoss WhedonWilliam Shakespeare