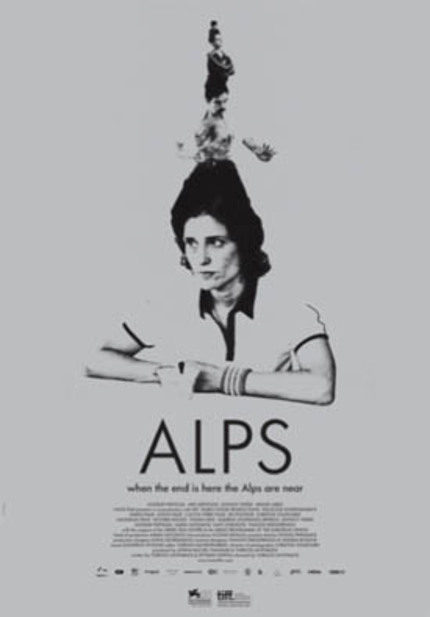 [I take the following opening paragraph back. It has just been announced that Kino Lorber will be distributing the film in the USA.]

There's something strange with the state of US film distribution when a director - in this case Greece's Yorgos Lanthimos - can have a film nominated for an Oscar (Dogtooth) and yet have his next film receive critical acclaim just a year later and yet remain undistributed. This is a strange thing.

But while US audiences will have to wait to see if / when they'll be able to see the film - it does have distribution in Canada, which makes importing an easy option - the Greek release is coming soon and brings with it a new teaser.

A Nurse, a Paramedic, a Gymnast and her Coach have formed a service for hire. They stand in for dead people by appointment, hired by the relatives, friends, or colleagues of the deceased. The company is called Alps while their leader, the Paramedic, calls himself Mont Blanc. Although the Alps members operate under a discipline regime demanded by their leader, the Nurse doesn't...

Check the trailer below and be sure to click the CC button to turn on the English subtitles.