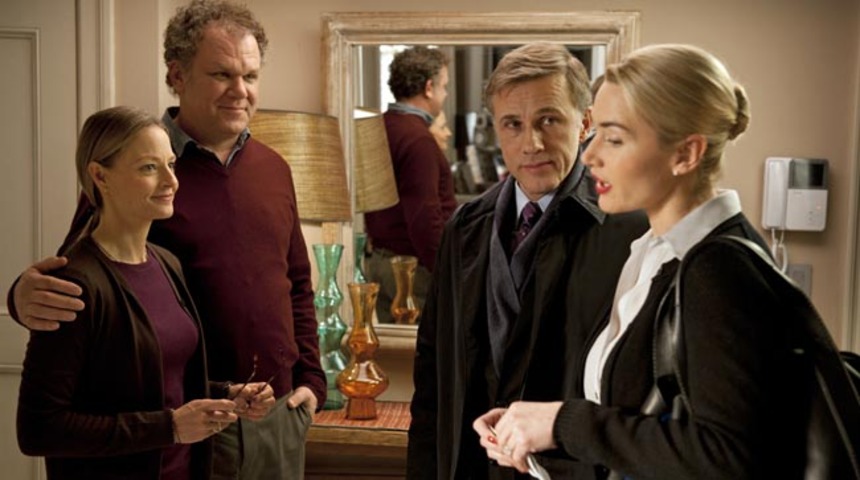 Roman Polanski's Carnage has been making it's way across the Fall festival circuit ahead of it's December 16th release (see Peter Gutierrez's review from NYFF and Shelagh M. Rowan-Legg's review from London). The next stop is LA's AFI Fest and we have a clip from the film ahead of its November 5th Gala screening.

Based on Yasmina Reza's play God of Carnage, the film stars Jodie Foster, Kate Winslet, Christoph Waltz and John C. Reilly as two couples engaging in a comedy of manners over their children's poor behavior. The play was a hoot. Here's hoping the film is just as uproarious.