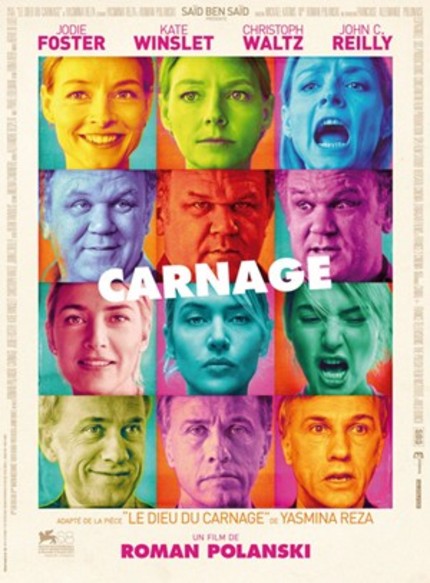 Fresh from its premiere at the New York Film Festival the US theatrical trailer for Roman Polanski's Carnage has arrived online. While the initial international trailer focused heavily on stars Kate Winslet and Jodi Foster to frequently profane - and hilarious - effect this one is a more balanced effort that gives equal time to John C Reilly and Christoph Waltz. It's a green band effort so the language is considerably tamer than the first effort but you'll get the point.

A showdown between two kids: about eleven, in a local playground.  Swollen lips, broken teeth...  Now the parents of the  "victim" have invited the parents of the "bully" to their apartment to sort if out.  Cordial banter gradually develops a razor-sharp edge as all four parents reveal their laughable contradictions and grotesque prejudices.  None of them will escape the ensuing carnage.