TIFF 2011: THE RAID Will Kick You in the Head and Make You Like It 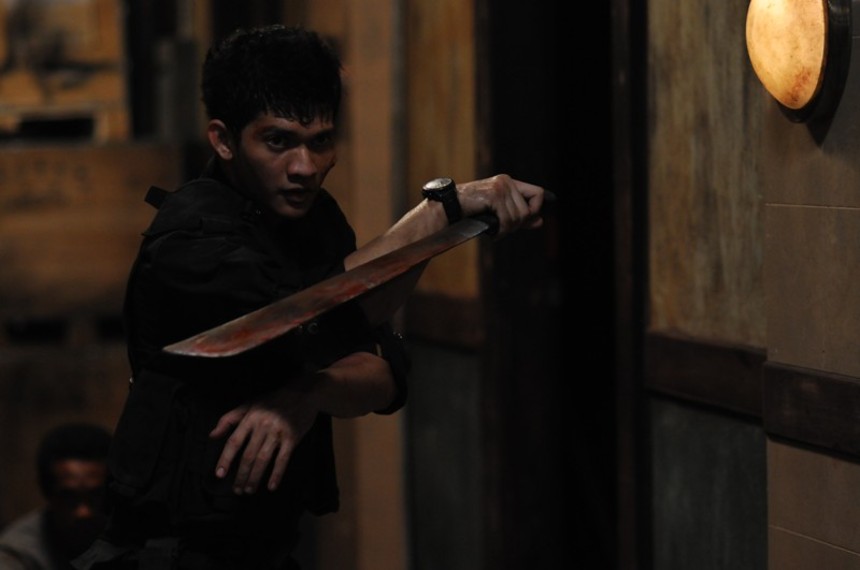 To call the emergence of Welsh director Gareth Huw Evans and Indonesian martial arts actor Iko Uwais an exciting development in the world of action filmmaking is to dramatically downplay their significance. Not since Tony Jaa has an action star exploded onto the world stage with such fireworks. And as he demonstrates in The Raid, Iko Uwais has the potential to be twice the star. The Raid is a nonstop action bonanza with just the right story beats to keep audiences howling with delight.

As the title suggests, The Raid centers around an elite police unit's attack on a Jakarta crime lord's heavily fortified apartment block headquarters. Things go awry from the very start and the team finds themselves scattered across a number of floors with hordes of bad guys around every corner. It is a full on firefight until ammunition runs low and our heroes have to start kicking ass the considerably more exciting way - with sticks, knives, and a whole lotta kicks to knees and heads.

To get too much into the plot would spoil some of the fun, but rest assured this is not a storyless slugfest. Director Evans, who also wrote the script, has woven in a deft storyline that is complex without being overcomplicated. Iwais is more than just an incredible fighter. This guy has some acting chops too and his good guy swagger exudes movie star charisma. The rest of the cast, most notably Joe Taslim and Yayan Ruhian also turn in accomplished performances that more than compliment their plentiful ass kicking.

But let's be honest - you're gonna go see this move to see some fighting - and you will not be disappointed. Not often do we see an action movie begin with the star praying towards Mecca, but when rookie cop Rama (Iwais) starts hitting the bag with lightning speed, we know this guy is anything but your average action star. For all accounts, Iwais is the first international action star to fight on screen in the Indonesian style of Silat. This is very fast kicks and punches to the entire body; elbows to temples, kicks to knees, chops to throats, throws, catches, rolls, snaps -- breathe! You have simply never seen anything this awesome.

Kicking off TIFF's Midnight Madness section in a big way, The Raid played to a feverish crowd. Gasps of delight were frequent and eager applause erupted after every set piece. This movie is an absolute crowd pleaser as Sony should discover when they release the film at a soon to be announced date. Let's all hope they give the film the exposure it deserves as this is without a doubt the best action movie in decades.

More about The Raid