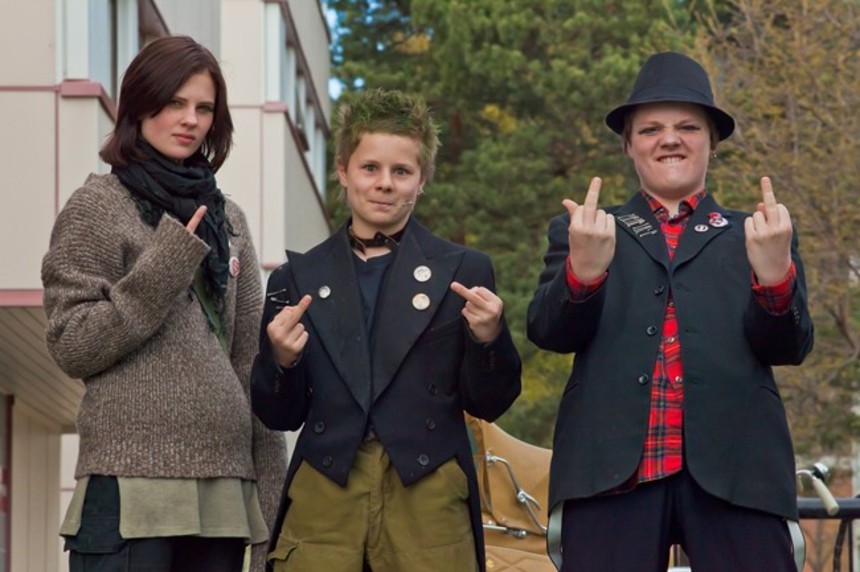 For Nikolaj the Christmas of 1978 will always be remembered as the Christmas Of Bananas. This was the Christmas that Nikolaj's father, a radical hippy to the bone, introduced Christmas dinner by quoting Nietzsche's thoughts on Christ and Christianity before happily declaring everyone around the table simple apes, and therefore blameless, and serving up an impressive feast infested in every dish with bananas while his mother, practically perfect in every way simply looked on smiling.

Of course, if Nikolaj were to look at that meal in a slightly different way, he may also see it as the final Christmas of his childhood, the final gathering of his family before his innocence was lost forever and he had to perform the difficult feat of finding an identity for himself - preferably a shocking and rebellious one - in an environment where rebellion was embraced and encouraged. For this was the final Christmas before Nikolaj's mother died, struck down senselessly by a hit and run driver, and his father collapsed into a monumental depression, going so far as to send Nikolaj's younger brother away to live with relatives because he simply could not cope.

This was also the Christmas where Nikolaj would take up a guitar and discover punk rock in the form of Iggy Pop and The Sex Pistols.

Director Jens Lien has created a compelling and surprising film in Sons Of Norway, a remarkably observant and detailed coming of age story that embraces the chaos of life and refuses to offer up any easy answers. Though rife with extreme characters and situations - the Banana Christmas only scratches the surface of the familial quirks here - it is a film that remains incredibly grounded, the characters being no less flesh and blood people for being odd. It is a film that captures and era without glamorizing or parodying it, one that recognizes the absurdity of its times while remaining focused on the confusion of growing up in the midst of emotional trauma when adult figures are incapable of providing any sort of guidance or boundaries. It is a film that gives punk rock a prominent place - even featuring Johnny Rotten in a key cameo - but is interested not so much in the music or philosophy itself as it is in why it is appealing to its young lead character.

Director Lien made a big impression with 2006 effort A Bothersome Man, a film that neatly subverts its genre elements to create something far more unique and compelling, and he does the same here with Sons Of Norway. Lien builds his story on a the back of stellar performances from his entire cast with Asmund Hoeg leading the way as young Nikolaj and Sven Nordin as his father Magnus. And thanks to those strong performances he is free to push out into comedic territory - a summer vacation to a nudist camp being a prime example - without ever damaging the very serious and tender heart of the film.

In most hands this material would have been spun as either a wild coming of age comedy or a blast of counter cultural anger but Lien has no real interest in either of those paths. Instead Sons Of Norway is presented as a somewhat tragic memoir, the story of a boy finding his own path - of a sort - through the most difficult period of his life. Other versions of the story may play better in a multiplex than this but Lien has created a film that will linger for the audience far longer.

More about Sons Of Norway