ETRANGE 2011: THE MAN FROM NOWHERE review

Lee Jeong-Beom's blockbuster The Man From Nowhere is a film that struggles to keep two distinct target markets happy, torn on the one hand between satisfying impressionable young Koreans come to gawp at one of their brightest stars strutting his stuff, and on the other action connoisseurs after a little more grit with their ultraviolence. It's an action movie where the action is frequently sickeningly immediate as well as expertly choreographed and the prospect of the hero (literally) carving his way through every bad guy in sight is rivetingly horrible. But all the effort the leads put in can't cover up that this is also a laughably manipulative melodrama, where the plot reels repeatedly as weapons-grade schmaltz scores hit after hit. For a popcorn thriller there are some excellent performances in here and you'd have to be dead from the neck up not to be moved by some of it - it's just the director clearly knows his box office rests in large part on showing the heartthrob with his shirt off, and this mindset drags what could have been a stunning bit of genre filmmaking down to good rather than great.
Superstar Won Bin does a complete one-eighty from his breakthrough role in Bong Joon-Ho's Mother to play Taesik, a surly, uncommunicative loner living a solitary existence in a run-down Seoul apartment block. The only person who regularly talks to him is So-Mi (Kim Sae-Ron), the young girl living next door, who'd rather chat with the brooding, handsome stranger than her deadbeat ma. Unfortunately, said parent is in on a cockeyed scheme along with her current boyfriend to lift a consignment of narcotics from one of the couriers who frequents a particular nightspot in the city. Everything about this goes wrong at once - the mother and her boyfriend lift the drugs just as the police attempt to bust the criminals, who lash out at the first person they can get their hands on, who just happens to be So-Mi... only Taesik takes issue with a bunch of leering, no-account jopok walking off with his little friend, and it turns out when Taesik gets angry, he gets very angry indeed. Cue carnage and general panic as both the police and the gang realise Taesik has something of a past that should make him very difficult to stop.
Yet while the gist of the narrative is much like any other revenge flick the action in The Man From Nowhere is definitely a cut above - certainly more accomplished than most Korean martial arts efforts and at times up there with the best of the region. This isn't merely a case of talented professionals given the opportunity to showboat; there's a grim, bloody finality to much of the violence, not realistic per se but convincingly savage. Taesik's survival from bout to bout is never really in question and yet Won Bin manages an impressive physical presence, both in the power he's got (whatever his real-life ability the man is terrifyingly ripped) and the sheer implacable savagery his cold stare seems to promise. One climactic knife fight between Taesik and the gang lord's sadistic henchman is horrifying, an explosion of coiled power let loose that bears comparisons to the famous alleyway faceoff in Sha Po Lang. Lee Jeong-Beom's technique isn't quite enough to let you forget this is basically going by the numbers, yet The Man From Nowhere is still much, much more than easy fodder for a Friday night with some beers in.
It's just Lee can't stop there, and this is what ultimately holds the film back from being anything truly great. The melodrama isn't bad, exactly; Kim Sae-Ron builds on her terrific performance in A Brand New Life, comfortably walking away with any scene that doesn't involve hitting people, giving more life to even the most hackneyed moments in the script than you'd ever believe was possible. Mother proved Won Bin can act, and he does a fine job here - the moments when Taesik is trying to deny there's any bond between him and So-Mi are close to heartbreaking. But only close. Lee Jeong-Beom piles this stuff on, anguished, tear-jerking moment after moment at every opportunity until any semblance of empathy you've got left is gasping for mercy. It doesn't kill the film: the cast are too good for that. But the script as it stands on paper is functional at best, insulting at worst. Lee definitely seems to care about making a good film, but he's too distracted by multiple conflicting demands on his time for it to be anything more. Anyone with an eye for slick, chillingly violent action should certainly give The Man From Nowhere a try, but everything else is only intermittently successful. Definitely consider this recommended, but it could have been so much more.
(The Man From Nowhere screens as part of the 17th L'Etrange Film Festival at the Forum des Images in Paris, run from 2nd-11th September 2011. The film is showing on Sunday 11th in the 300-seat cinema - for anyone nearby, consider getting yourself down there.) 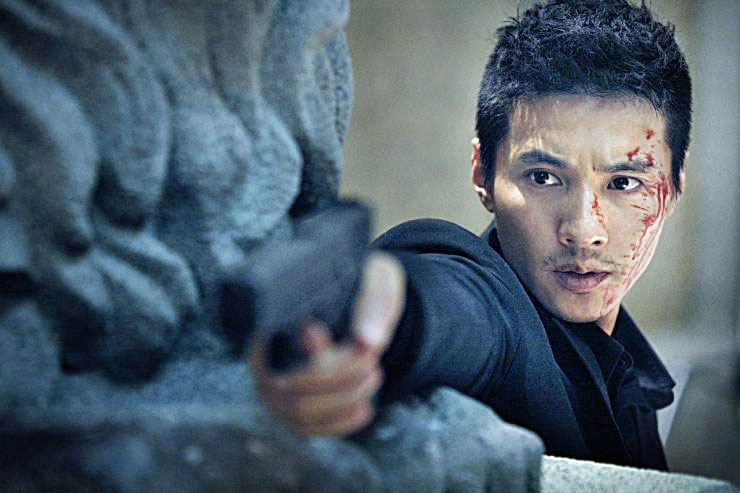 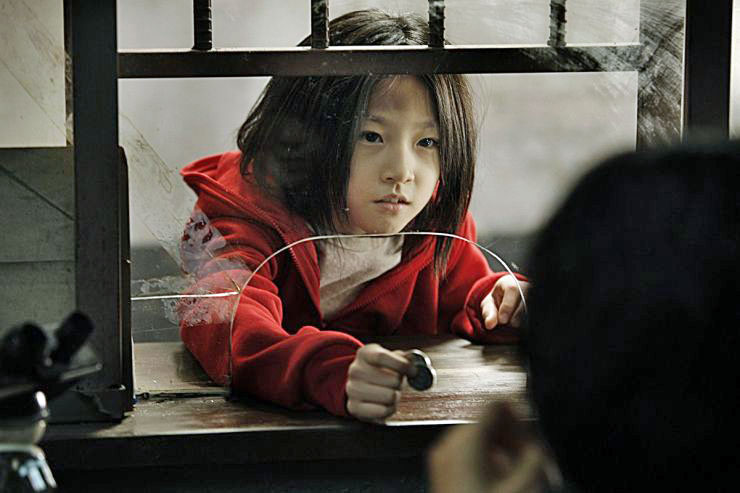 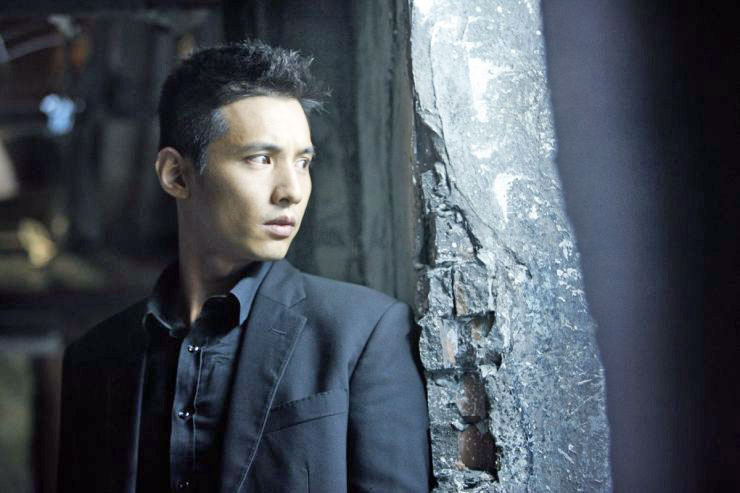 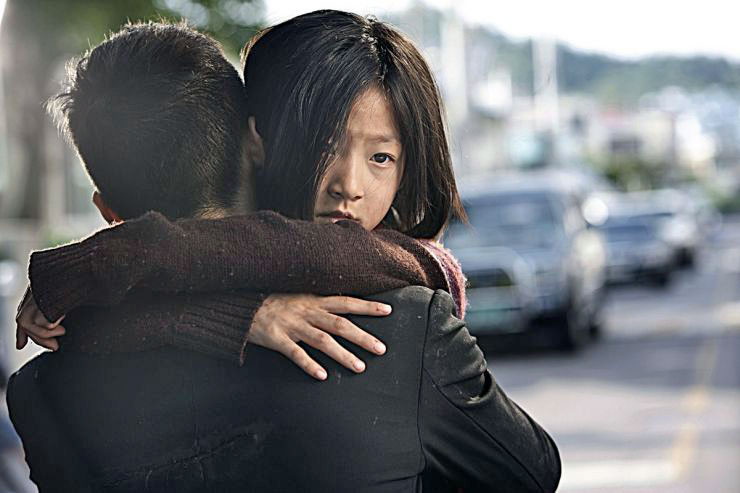 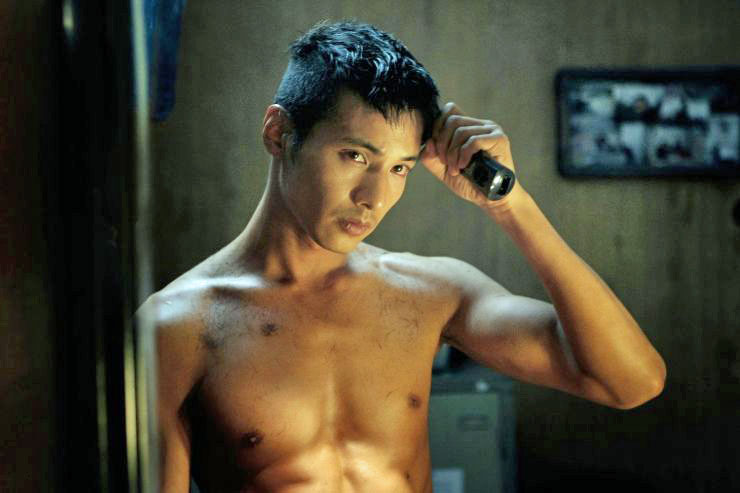 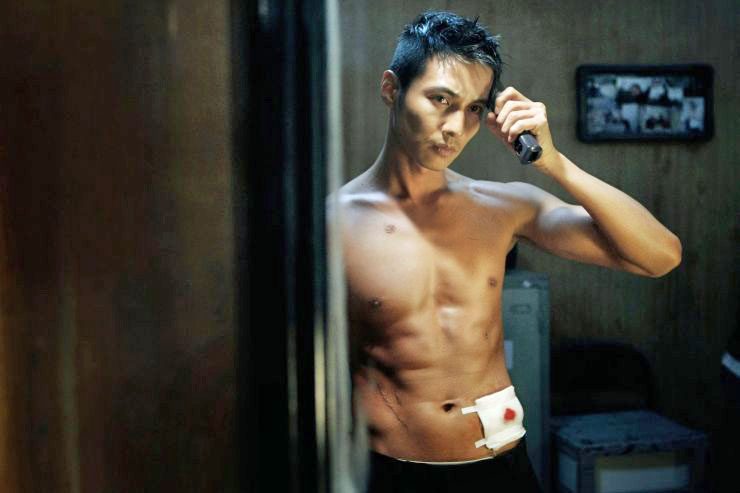 This was a solid revenge film, i loved it...

This is an absolutely excellent film, i don't get this review at all though; on one hand you're saying how great it is, and on the other you're saying it's not good enough, make your mind up. Is it "only intermittently successful", or is it "recommended"? If you liked it so much, why cry about how it should be so much better?

Because I don't agree that it is excellent, yet at the same time I thought it almost was. It could have been as good as something like A Bittersweet Life, but it never managed it. The action was frequently excellent, and Won Bin and Kim Sae-Ron were both good (Kim Sae-Ron in particular: she's one of the most impressive child actresses I've seen in a while), so I enjoyed the film. But far too many of the dramatic scenes were manipulative, predictable rubbish with a terrible script, and the two leads weren't good enough to get past it, so I'm not letting the review pass without bringing that up. Sorry if I made it sound confusing, but it seemed fairly simple to me.