NYAFF 2011: THE MAN FROM NOWHERE Review 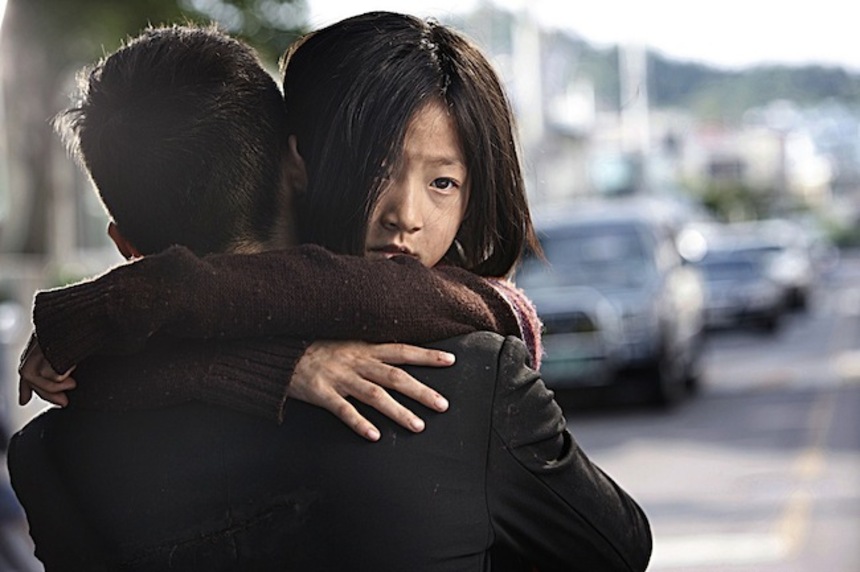 [Our thanks to Mark Popham for the following review.]

Man, I have been really pulling the long NYAFF straws when it comes to gorgeously shot Korean action films. Last year I had Secret Reunion, a North/South spy versus spycatcher buddy comedy that managed to be viscerally exciting, an interesting slice-of-life portrait and feature a buddy montage with a rooster and a pop music soundtrack. This year I pulled The Man From Nowhere, in which an ex-Special Forces agent, living an unassuming life as a reclusive pawn shop proprietor, gets pulled into a criminal underworld and proves himself to be anyone's match. From a gorgeous, cigarette-lit opening to an extremely stab-filled conclusion, The Man From Nowhere augments a solid action plot with beautiful cinematography, some fantastic fight scenes and a surprising amount of wit.

When we first meet Cha Tae-Sik (Won Bin), he's living a reclusive life as an apartment building's resident "pawn shop ghost", his only non-business interactions with So-mi (Kim Sae-ron), a latchkey 12-year old girl trying to survive under the dilated eyes of her junkie mother, Hyo-Jeong (Kim Hyo-seo). When Hyo-Jeong hides a pilfered satchet of heroin in Cha Tae-Sik's store and the original owners come looking for it, Tae-Sik becomes unwillingly drawn into the underworld operations of a pair of drug-smuggling, organ-harvesting brothers, acting as a mule after they discover his surprising ability with ass-kicking. But what the brothers don't know- that Tae-Sik is an ex-Korean Special Forces agent, retired after watching an enemy agent murder his wife and unborn child, and would really relish a chance to kill a lot of people- comes back to haunt them.

Won Bin and Kim Sae-ron have a surprising amount of realistic chemistry- their friendship is pretty much as awkward as what you can expect from a half-crazy veteran and an emotionally abused pre-teen- and, as previously mentioned, the action sequences and cinematography are exceptional. The cops who we follow as they first arrest and then- after a stunning police station escape, related entirely during surveillance camera review- assist Tae-Sik add a bit of hard-boiled levity, and - while the final twist comes a little out of left field - the ending is satisfying, both emotionally and to my primeval bloodlust. If you've been following South Korean film for the past few years, or even if you just like action movies, you'll definitely want to check this one out.

The Man From Nowhere plays tomorrow, July 7th as part of the tenth edition of the New York Asian Film Festival. More info and tickets at NYAFF's website. And for those Americans not attending the festival, the film is available on Netflix's Watch Instantly Service.