Is The New Superman Meant To Look Like A Design School Photoshop Project? 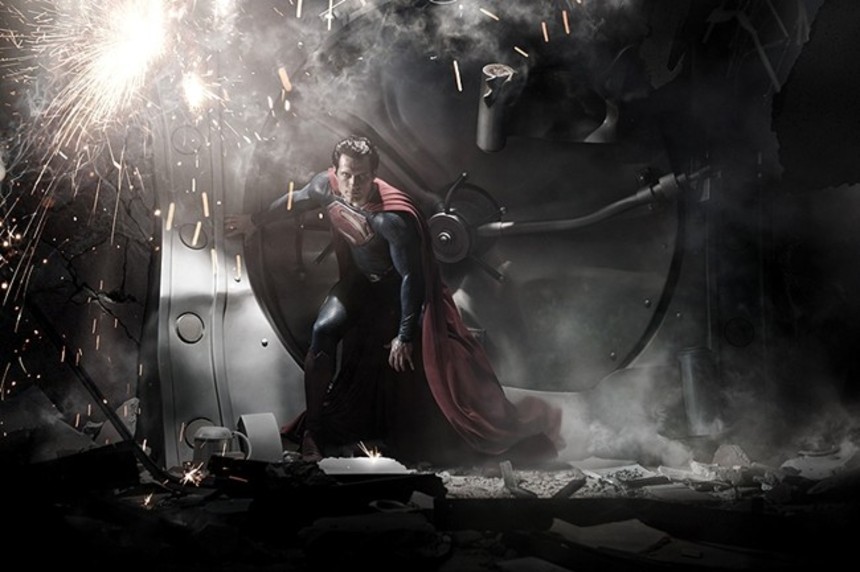 Doing the rounds today is the first official image of Henry Cavill as Superman in Zack Snyder's Man Of Steel. And, honestly, I'm a bit surprised by how positive the response has been. Because at first glance I thought this was an unfinished screen shot for a video game.

While it is very much in keeping with what we have come to expect from Snyder, with its highly processed look and desaturated colors, this just does not look finished to me. At all. It's almost as though they simply pasted Cavill's features on to a piece of concept art and then threw it out into the wild. In fact, I sincerely hope that this is exactly what has happened because if the entire film is this glossy and weirdly free of texture it's going to feel distractingly like a bunch of plastic figures moving around on a computer screen rather than a film.

Love the cast for this one - Michael Shannon, Laurence Fishburne, Kevin Costner, Amy Adams, Russell Crowe and Diane Lane all feature large - and am greatly encouraged by the presence of producer Christopher Nolan but this? Don't like it.
Sign-In to Vote
Tweet Post Submit