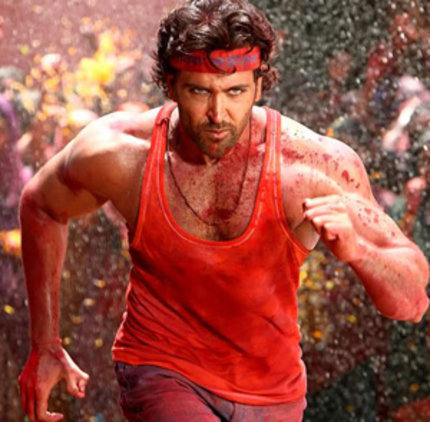 In 1990, Amitabh Bachchan starred in a film titled Agneepath produced by Yash Johar, a legend in the Hindi film industry.  The film tanked at the box office, but Bachchan got great reviews and the film has been vindicated over the last twenty years as something of a classic.  It was one of the last of the viable "angry young man" films that Bachchan, then 48, made before his transition to the paternal roles for which he's been more commonly known recently.  It is a common story in Indian films, a young boy's family is mistreated by a gangster, the boy grows up and takes revenge.  There are hundreds of films on this subject, and now there is going to be one more.

The producer of the new Agneepath is Karan Johar, son of Yash, and a mega-successful director in India who is better known for his weepy emotional dramas than gangster epics, but he's taking a stab with this one.  He's recruited his one-time assistant director, Karan Malhotra, to take the reins this time around, and if this trailer is any indication, I think we're in for a fun ride. 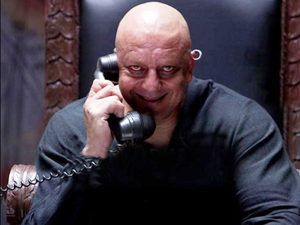 Leading the cast for Agneepath is one of India's better acting talents, Hrithik Roshan (above).  Roshan is well known as a rubber legged dancing fiend in a number of films, but he has shown some acting chops in films like Jodhaa Akbar, and to a lesser degree the recent box office flop, Guzaarish.  Backing him up this time around is another of Bollywood's better actors, Priyanka Chopra, who has proved that she's not just another pretty face with an excellent recent performance in 7 Khoon Maaf.  Rounding out the main cast as antagonists are Rishi Kapoor (Delhi 6, Bobby), and Sanjay Dutt (Zinda).  While Rishi Kapoor has matured well and taken on more and more adult and patriarchal roles in films, Dutt has been less lucky and his latest role in Chatur Singh Two Star has been getting completely trashed. However, from the looks of this trailer, I think Dutt's evil gangster stands a good chance of being memorable..

This first look trailer takes me back to the pre-2000 Hindi film world filled with gangsters and warlords that ruled over rural communities.  Films like Karan Arjun and Koyla featured big bosses, often played by Amrish Puri (Mola Ram from Indiana Jones and the Temple of Doom), who ruled swathes of rural land like fiefdoms.  Those films are ridiculously entertaining and hopefully this will be, too.  I think the trailer looks awesome!