Cannes 2011: An Alejandro Jodorowsky Sighting In The Trailer For Kamen Kalev's THE ISLAND 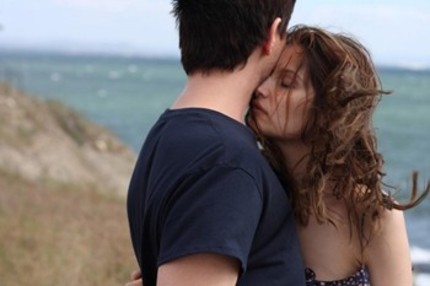 While I'm certain that the loyal cult of Alejandro Jodorowsky would rather see the maverick director behind the camera than in front of it, well, we'll have to take what we can get. And while the director struggles to get his long gestating new work financed and into production he's starting to take on a bit of acting work, most notably in Directors Fortnight selection The Island.

Sophie and Daneel, both in their early thirties, are a close and passionate couple living in Paris. Sophie initiates a surprise journey to Bulgaria. Daneel explicitly refuses to go, but Sophie insists and finally convinces him to leave. When they arrive, Sophie discovers that Daneel was born there...

After a few hours spent on the crowded beaches, Daneel leads Sophie to an almost abandoned island lost in the Black Sea. Once there, Daneel discovers pregnancy tests in Sophie's luggage. The heat and the strange few inhabitants soon alter their own behaviors, and the island slowly reveals hidden fears that question their love. To get through it all, they have to take a leap into the unknown...

The trailer for Kamen Kalev's feature has just arrived and, though he's not one of the principal characters, there the old master is front and center to kick things off. Check it out below.

More about The Island