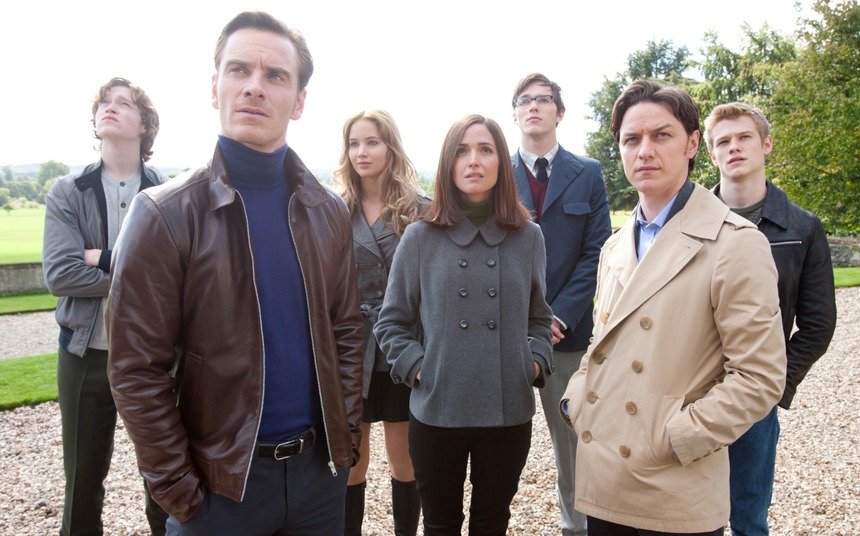 Much respect to Bleeding Cool for unearthing the new international trailer for X-Men: First Class which is actually quite an upgrade to the recent domestic trailer. Featuring a generous helping of Michael Fassbender's Magneto during the Holocaust, more peeks at other mutants showing up in the story, and a bit more flavor of the character of the piece--moody-ish--and I'm hoping a similar version will pop up stateside.

My own personal excitement for the movie has been muted up to this point, no offense to any of the talent involved. Fassbender has impressed in just about everything I've seen him in to date, and I was willing to give McAvoy after his relatively limp performance in Wanted but outright excellent work in Atonement (it's the material, right?).

And Matthew Vaughn is a director who at least appears genuinely passionate about the projects he's working on, but has so far delivered only one unqualified success (that would be Layer Cake), along with one decent film that is really only elevated because it improves so much on the rather obnoxious source material (Kick-Ass), and one unmitigated disaster (Stardust). Lacking anything in the way of a signature style or directorial quirk, I suspect his ability to work quickly and efficiently was probably one of the main reasons he was tapped for the gig.

But what I think has up to this point kept me sort of lukewarm on the possibility of another X-Men movie is the studio releasing it, Fox, who up to this point have been quirky, to say the least, in their handling of tentpole comic properties. I'll admit to being something of a comic fan, but I also understand the value of adaptation and change that goes into bringing decades of stories to the big screen. Up to this point, though, there's been sort of a blender approach to many of the studio's comic films, cramming in so many elements and plot points (and usually characters to make the movie more "toyetic") that the end product often feels scattershot and undeveloped.

The change here, perhaps, is how invested with personality and a central idea First Class appears to be. There's (God help us) an actual emotional-thematic through line that has resonance with the source material and while the movie is crammed with mutants the conceit this time is at least valid: the two lead characters are forming a school after all. I'm somewhat less interested in how they try to unite this with the continuity of the 3 previous X-Men films and the mess that was Wolverine  and I would in truth love it if this movie just stood on its own and didn't feel the compulsion, Lucas-like, to unify the whole universe in the most pat way possible.