US Trailer For LEGEND OF THE FIST: THE RETURN OF CHEN ZHEN 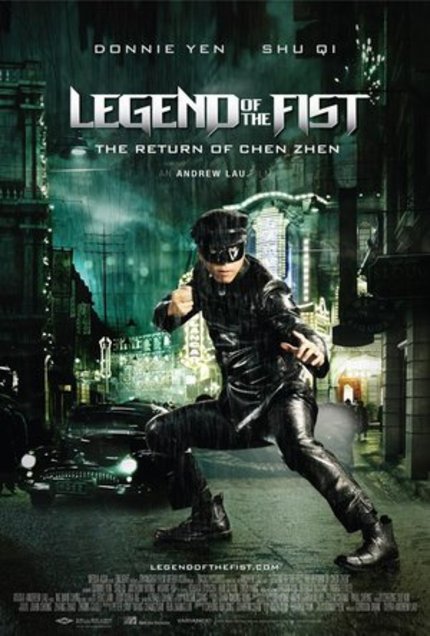 Andrew Lau's Legend of the Fist: The Return of Chen Zhen with martial arts extraordinaire Donnie Yen will be hitting the big screen in North America and so, a US trailer has arrived via Apple.  I gotta hand it to Well Go USA.  They distribute their films without the BS marketing tactics or making any alteration to the international version.

In 1925, the nation of China is divided by infighting, and Japan has become the most powerful force in Asia. With the city of Shanghai torn in half by international conflict, Club Casablanca has become a hotbed of spies, mobsters, English officials and the Japanese military- all looking to gain control of the country, with little regard for what happens to its citizenry. Into this den of intrigue enters Chen Zhen (Donnie Yen), who has returned to China after fighting alongside the Allied forces in Europe, bringing some dark secrets from his past along with him. During the day, he's known as "Qi", and appears to be just another wealthy playboy. But at night, he takes to the street as a masked warrior, determined to subvert the Japanese invasion while becoming entangled with the sultry Kiki (Played by Shu Qi), who has a dangerous secret of her own. When his past catches up to him, Zhen is faced with near impossible odds- but his skills are formidable, and he's up to the challenge.

Watch the trailer in HD via Apple
Official Site