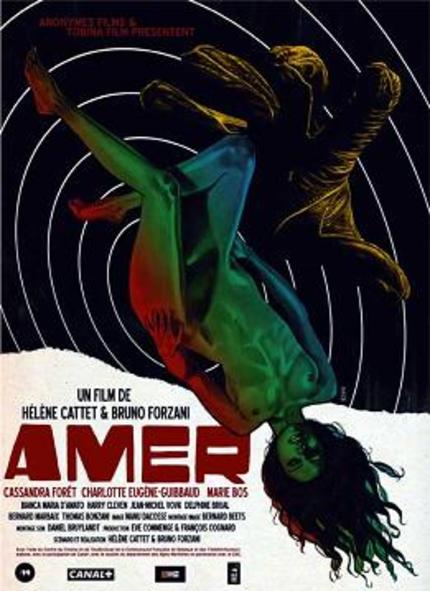 Amer definitely wears its heart on its sleeve. Directors Hélène Cattet and Bruno Forzani are in love with the giallo, the pulpy Italian thrillers which had their heyday in the 70s and 80s and subsequently influenced a generation of horror fans who wanted to shoot their own homage to Dario Argento, Mario Bava et al.

The problem with Amer is Cattet and Forzani's obsession is all-consuming - parts of their film are stupefyingly good, scene after scene a peerlessly composed cinematic tone poem with depth and subtleties to spare. But other parts make about as little sense as many giallo films do, or lift the genre's idiosyncratic mannerisms so blatantly the whole thing turns laughable.

The narrative comes in three acts, each of which follow different stages of a young woman's life. Ana starts off as a little girl, neglected and alone in her parents' cavernous mansion, with an elderly housekeeper whom Ana's mother accuses of practising witchcraft.

During that time Ana becomes privy to two things which have a lasting effect on her immature psyche, first shaping her teenage years as she explores her emergent sexuality, then her time as a grown woman as events come to a head. Or at least they seem to. There's very little tying one act to the next, and the film grows steadily more enigmatic from beginning to end, though there is definitely a coherent sense of progression.

Amer is undeniably a gorgeous production, and there's much more to it than simply aping any giallo shot for shot. It is admittedly an obviously retrograde movie from the moment the split-screen sequence starts under the opening credits, introducing the lush, warm colour palette and the fetishistic cinematography. At the same time it never feels dated, and barely anything like a period piece; there aren't enough real-world details to tie it down to any particular era. It's more a living painting than a conventional film.

Or a portmanteau, perhaps? Each act is almost a standalone short. The first, Ana's childhood is by far the strongest overall. Its mysteries go largely unexplained, but they're clearly not the point - what's important is what the cloying, emotionally stunted family dynamics are doing to Ana, not what the arguments actually mean.

While it dresses the buildup in the more predictable imagery of a horror film (this is a haunted house, after all, whether literally or figuratively) it's still thick with sensation, shot after shot of ancient, decaying grandeur or evocation of sensuality - focusing on what Ana touches, the spaces she enters into or passes through.

And the climax is phenomenal. What Ana sees to have such an effect on her is hardly original, but Cattet and Forzani present it as an explosion of colour, richly textured sound design and symbolism utilised like very little else in modern cinema. The frame unfolds like a flower, or kaleidoscope. Everything gets pared down to a single colour, texture or sound. The film worms its way into the subconscious and stirs up all kinds of primal, unsettling feelings.

Unfortunately the second and third acts turn out markedly diminishing returns. Ana's become a teenager after the break, surly, rebellious, eager to assert her independence. At first the new approach seems promising - the two directors openly present Ana as an object of desire, but they also keep a definite element of self-awareness, even self-parody. Giallo films were known to be darkly comic on occasion, and there's a knowing, almost campy wink to the audience in the brassy, upbeat soundtrack or the old men staring as Ana's skirt gets blown up by the wind.

But Amer stumbles in trying to flesh out this kind of wide-eyed, innocent teenage lust. There's little thought of empowerment or subversion, and it pushes the comedy too far, with nothing to temper it. Plus to add a physical dimension it runs with an aspect of the giallo - the sound of someone breathing - that seems ridiculous sans rose-tinted spectacles. There's nothing to suggest it's supposed to be this farcical, and presenting much of the segment as still frames shaking across the camera just ramps up the unintentional humour still further.

The second act falling flat means the third, Ana as an adult, suffers from lack of context. It's not as if it's meaningless - there are clearly multiple interpretations that would fit how it winds up - but separated as it is from the first and second parts it feels too much like a sequence from another movie entirely.

This is what holds Amer back, ultimately. Cattet and Forzani are obviously greatly talented, yet their film never strikes the viewer as the coherent whole they obviously had in mind. There's a story of sorts, themes developed and refined and the wealth of fantastical artistic expression here means Amer definitely deserves a recommendation, but... There's too much narrative for the film to be a truly unfettered, experimental piece yet it's too disjointed to effectively build on the emotions it starts out with. In many respects, it's a triumph, but in almost as many it's a disappointment.

(Amer was screened as part of Manchester's Grimm Up North 2010.) 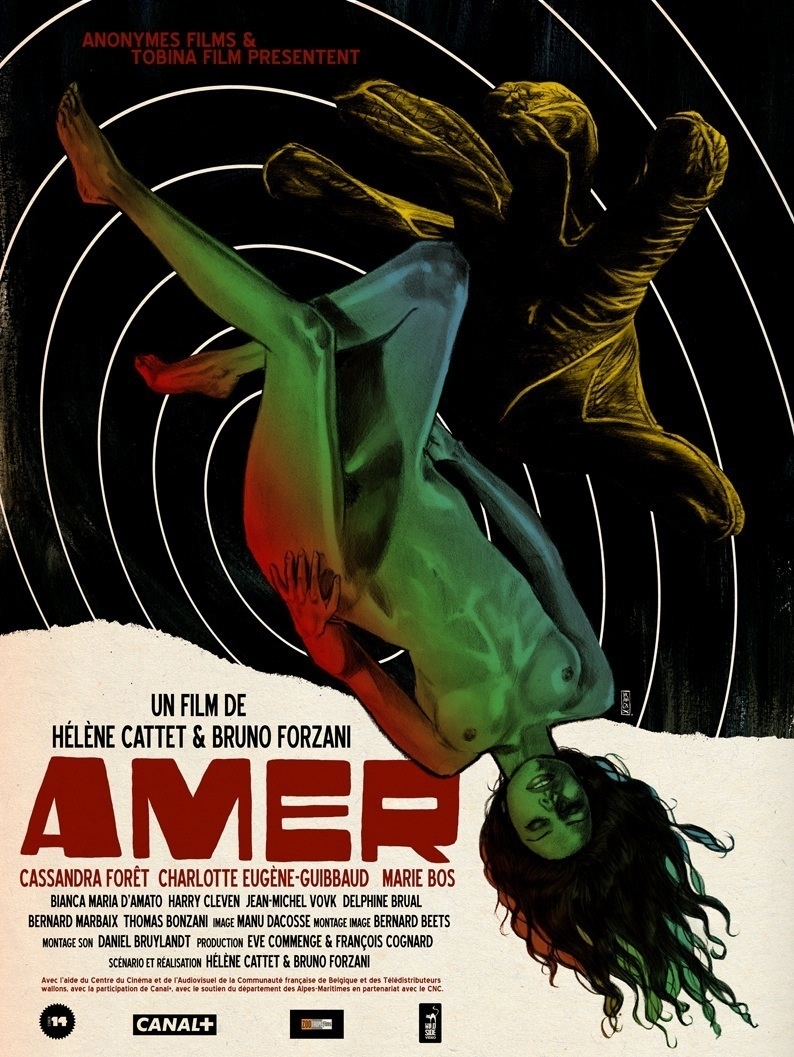