Pegg, Serkis And A Bunch Of Dead Guys. It's The Trailer For John Landis' BURKE AND HARE! 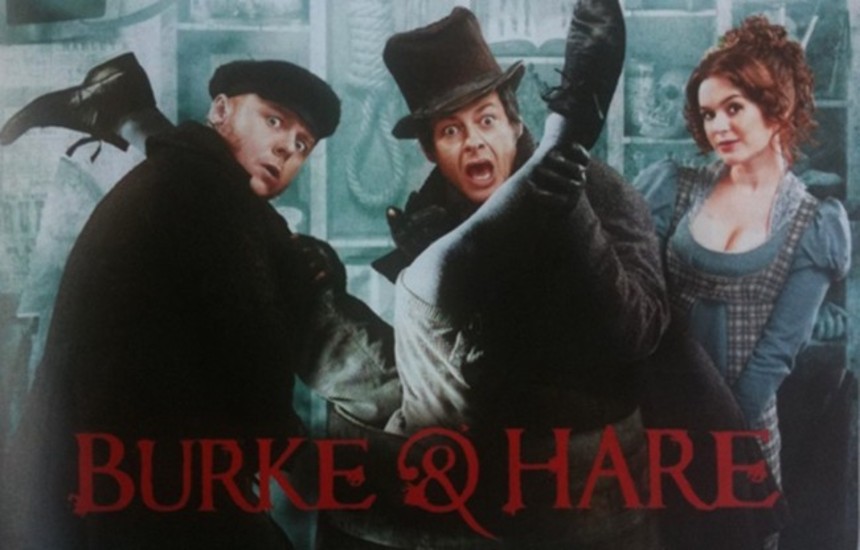 At long last John Landis is back where he belongs: directing movies. It's been more than a decade between features for the man and despite a few hiccups along the way - such as the film briefly appearing on the website for the Toronto International Film Festival before promptly disappearing, an occurrence that was never explained but almost certainly means it was invited but couldn't be completed on time - his return to the land of the horror comedy is nearly complete.

Based (loosely) on a true story, Burke and Hare stars Simon Pegg and Andy Serkis as a pair of real life grave robbers who turned to pilfering the dead as a quick and easy means of making a bit of money. It didn't turn out so well for them. Here's the official synopsis:

"BURKE & HARE" is a black comedy based on the true story of the body-snatchers William Burke (Simon Pegg) and William Hare (Andy Serkis), directed by Hollywood legend, John Landis. These two Irish entrepreneurs discover that a dead body can fetch a hefty price when the demands of the leading medical professors Dr. Knox (Tom Wilkinson) and Dr. Monroe (Tim Curry) reach beyond that of the local supply.

I was lucky enough to see the extended promo reel for the film when it showed in Cannes and left the room with a big, stupid grin on my face. The freshly released trailer has the same effect. Check it below.