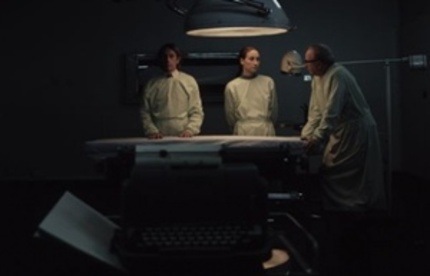 I have yet to actually see Chilean filmmaker Pablo Larrain's breakout second featue Tony Manero - about a serial killer who models himself after John Travolta in Saturday Night Fever - but I will possibly be catching his latest, Post Mortem at the New York Film Fest if schedule permits. The film also just came out of Venice with very some positive buzz.

Centered around the 1973 Chilean coup, it promises to take us to a time and place not that often seen on film, while looking to be a nice dark character study. And now! the trailer!
Tweet Post Submit