TIFF 2010: Third Teaser for LEGEND OF THE FIST: THE RETURN OF CHEN ZHEN 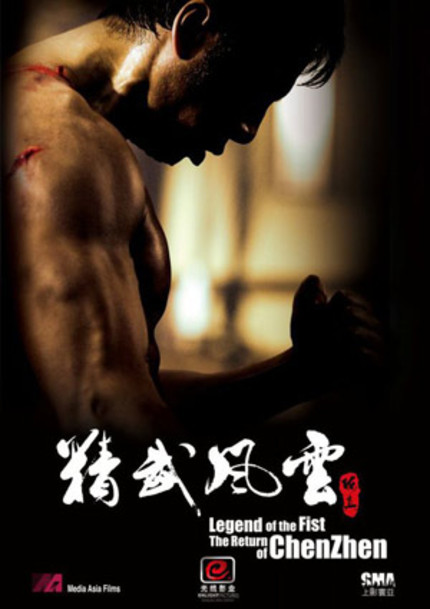 Media Asia has debuted the third teaser trailer to Andrew Lau-directed/Gordon Chan-produced martial arts film Legend of the Fist: The Return of Chen Zhen. Whether it's on the mean streets of Shanghai overrun by the mafia or in a dojo full of Karate combatants, Donnie Yen as iconic culture hero Chen Zhen, is an one-man wrecking machine, leaving a path of utter destruction in his wake. Even on the war torn battlefield, he's an unstoppable force capable of dodging a hail of bullets. Here's how TIFF describes it:

Chen Zhen, first brought to life by Bruce Lee in Fist of Fury, is not only a cultural hero and symbol of Chinese strength and pride, but a character who redefined Chinese martial arts cinema, propelling it to its Golden Age. Donnie Yen, one of the finest martial artists of his generation, first portrayed Chen in a 1995 television series and now returns to the role under the assured guidance of Andrew Lau. By uniting history, suspense and dazzling action sequences, Lau reinvents the well-known tale of one man's stand to defend a nation's dignity, transforming it into a highly entertaining action epic.

Presumed dead after single-handedly defeating all the Japanese fighters at the Hongkou Dojo to avenge his master, Chen Zhen joins the Labour Corps during the First World War. Deciding to return home to defend his country, he arrives in Shanghai disguised as a wealthy businessman named Qi. He quickly befriends the notorious mafia boss Mr. Liu (Anthony Wong), owner of the nightclub Casablanca, and Kiki (Shu Qi), the club's star hostess. With the rapid expansion of Japanese influence in China, the military releases a death list, sending Shanghai into complete panic. As assassinations become rampant in the city, Chen disguises himself as the Masked Warrior to protect those who have been targeted.

Yen's magnificent Chen is no longer the boastful youth that Lee immortalized, but a man filled with regret and responsibility. Lau, who draws memorable performances from the supporting cast, expertly handles the complex relationship between camaraderie, trust and love. The grandeur of Shanghai is recreated with sets that are nothing less than breathtaking.

While this latest adaptation of Chen Zhen is grand in scale and ambition, it is still anchored to its legendary hero, whose passion for his homeland is at the heart of the film.

this looks so good. his yen-ness never disappoints.

no matter how badass this movie looks:)
it can't beat Fist of Legend.
But this is Donnie's homage to his own Legend of Fist series.

Thanks DiP for the trailer!

Yep gonna be extremely hard to top Gordan Chan's Fist Of Legend... That movie was rockin with kicks and punches from beginning to end...

That looked quite good other than some questionable CGI.