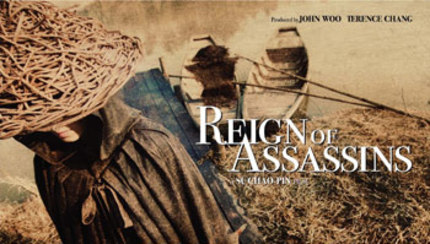 In 428AD, Bodhi, a Southern India prince became a Buddhist monk and set off for China, earning a hallowed reputation as a mystical martial artist. Following his death, his remains mysteriously disappeared.

After a confrontation in Beijing, Zeng Jing's identity is uncovered and both she and Jiang must flee for their lives. As Zeng Jing kills off members of the gang while they are on the run, she quickly realizes Jiang is actually Jingxiu, and he is seeking to avenge his father's death. This leads to a lethal triangle and a fight to death between our hero Zeng Jing, Jiang and The Black Stone.

The release date is either in August or September.  You'll find the promo reel (Mandarin with English subtitles) embedded below.