Paddy Considine Steps Behind The Camera To Direct TYRANNOSAUR! 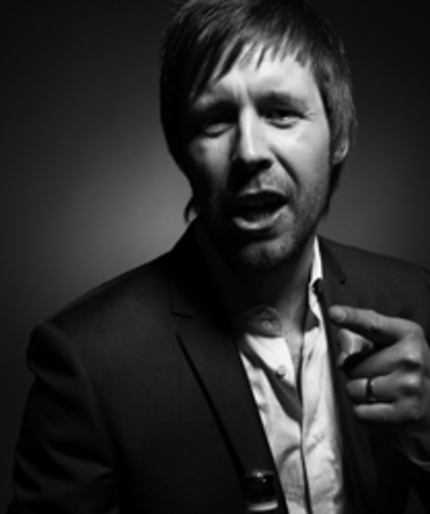 Paddy Considine has long been a favorite of this site, the actor stringing together an enormously impressive string of roles stretching from his early collaborations with Shane Meadows through to comic events like The Hot Fuzz and more mainstream fare such as his Bourne stint.Basically it seems as though the man is simply very, very good at pretty much anything he sets out to do.

And what he's doing right now is direct. Considine won a BAFTA back in 2007 for his short film Dog Altogether and he has just launched production on Tyrannosaur, a feature length sequel / expansion of that short starring Eddie Marsan, Olivia Coleman and Peter Mullan.

Tyrannosaur is the story of Joseph (Peter Mullan), a man plagued by violence and a rage that is driving him to self-destruction. As Joseph's life spirals into turmoil a chance of redemption appears in the form of Hannah (Olivia Colman), a Christian charity shop worker. Their relationship develops to reveal that Hannah is hiding a secret of her own with devastating consequences for both of them.

Photography began yesterday and is scheduled to last four weeks.

Find all the details here