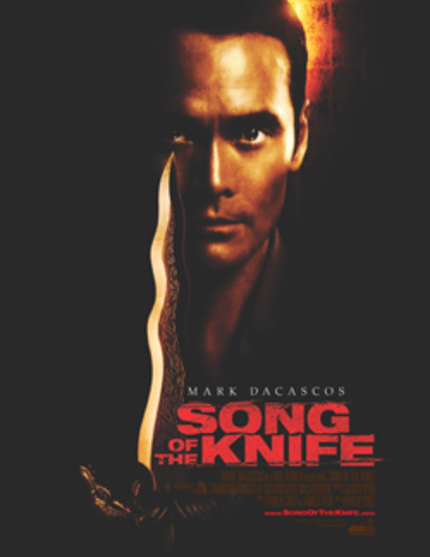 Former "Dancing with the Stars" contestant and "Iron Chef America" host Mark Dacascos is getting back to his action roots in Song of the Knife, co-starring Michael Rooker and Keith David. For the fight scenes, the style of martial arts expected to be showcase is Silat, Kali and Jeet Kune Do (see promo reel embedded below for demo).

Song of the Knife is a gritty action/love story about Jeremiah Daga (Mark Dacascos), a lonely government assassin with a terminal illness seeking redemption and meaning to his life in its final days. During his last mission, he meets the spunky cab driver, Scarlet, the muse whose vitality and wit reawakens his dormant spirit. But just as they plan their escape to a new life together, Scarlett disappears. In a race against time, Jeremiah wages war against ruthless crime lords to win back his true love.

In other related-news, Mark has tweeted on another project currently in early development tentatively titled Man of Action, a live action 3D martial arts film that marks a reunion with director Steve Wang and stunt coordinator Koichi Sakamoto, the same team who brought us the awesome sci-fi actioner Drive.  I considered it as one of best fight choreography ever put on screen from an American production so colored me super excited for this collaboration.

Song of the Knife has already begun filming since February with shooting location taking place in Los Angeles and central Florida.  You'll find the promo reel embedded below.