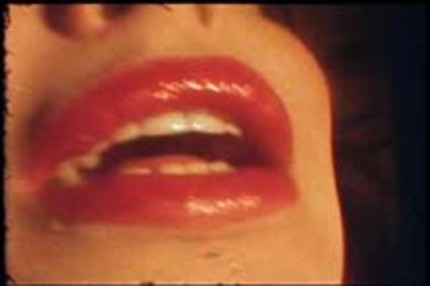 It has been online since January, tucked in the relatively hidden confines of Vimeo, but what better way to have a coming out party for Guy Maddin's most recent short, The Little White Cloud That Cried, a tribute to American filmmaker and pioneer of underground cinema Jack Smith, than with a micro-festival of the unusual short works of Canada's most off-beat and consistently humourous director.

Comedy, satire, whimsy, sex, melodrama, schlock, art, and intense inter-titles, how does one squeeze this all into 8 minutes or less?  Guy Maddin is most known for his feature films, The Saddest Music In The World, Tales From The Gimli Hospital, Careful and his biography of Winnipeg slash catalogue of his own anxieties, My Winnipeg, but often packaged with the DVDs of those features, or touring film festivals (and now the internets), you will come across his sharp and eclectic short films.  They are marvels of both economy and yet epic all the same.

Before you click, be warned that all of these shorts, at one point or another, have a little bit of naughtiness in the visuals, so here is your *NSFW* warning.


THE HEART OF THE WORLD
Made for the Toronto International Film Festival's 25th Birthday in 2000 and celebrating the spiritual and the vulgar power of cinema (and the monetary side which is perhaps worse than both!) by way of Russian montage and early science fiction, this film was voted by many critics as one of the 10 best films of that year, and it is only 6 minutes long!  Don't be fooled though, it covers a lot of ground with an average number of 2 shots per second!


SISSYBOY SLAP PARTY
"Boys, Boy, Boys.  I turn my back and there you are, slapping each other again.  I couldn't trust any of you for a minute.  You make me sick."   An exercise in violent absurdity and not-so sub-textual homoerotic energy.

SOMBRA DOLOROSA
Lucha Libra and cannibalism, together at last.  The widow Paramo fights death himself, El Muerto, in the boxing ring to save her only daughter after losing her husband to the plague.  Literal and Metaphorical eating ensues.

NUDE CABOOSE
I believe that this was actually shot with a cellphone camera, and like a spur of the moment bit of voyeurism, it captures the capacity for joy at the expense of dignity.  Mighty Human, hear you roar!

and without further ado beyond a further *REALLY, REALLY NSFW* warning:

THE LITTLE WHITE CLOUD THAT CRIED

Do you feel this content is inappropriate or infringes upon your rights? Click here to report it, or see our DMCA policy.
Guy MaddinDr. Lexi TronicMarcia FerreiraBreanna Rose TaylorEric WoodShort

Anyone know if Night Mayor will ever get a proper release?