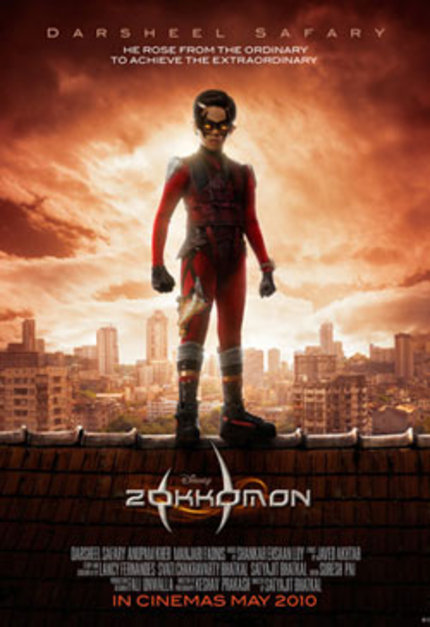 While I was looking up High School Musical: China on the interweb, it soon dawn on me that Walt Disney has been tapping into the global market through localized produced films in other foreign countries as well.  The Mouse house has already extend its foothold over at Russia with Kniga Masterov (aka The Book of Masters), China with The Secret of the Magic Gourd and India with Roadside Romeo.  For Disney India's second outing is Zokkomon, an upcoming Hindu live action flick with a superhero theme starring child actor Darsheel Safary in the lead and Satyajit Bhatkal in his directorial debut.

"Zokkomon" is an action adventure film about an ordinary boy who rises to meet extraordinary challenges. Kunal, played by Darsheel Safary, is an orphaned boy, who discovers how cruel life is when he is abandoned by his heartless uncle. Left to fend for himself, Kunal discovers the hero within and begins his epic journey of adventure and transformation to become Zokkomon.

The film is scheduled for theatrical release in May 2010.  You'll find the teaser trailer embedded below.