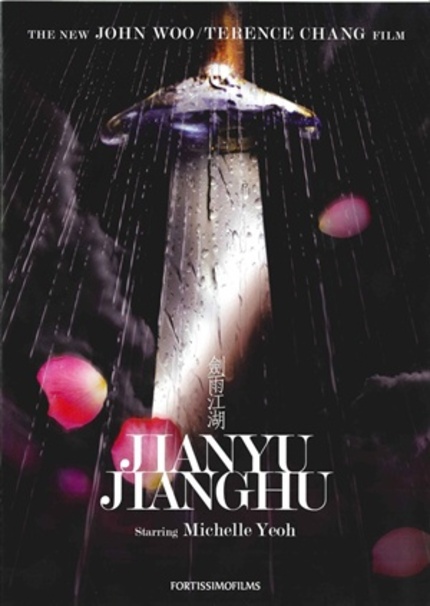 Be still my skeptical heart.  After years of being disappointed first by the films that iconic Hong Kong director was announcing as his next projects and then being further disappointed by the fact that he never seemed to actually make anything it would now appear that the post-Paycheck years are now well and truly behind him and the move back to China has done him good.  Yes, he had a big hit with Three Kingdoms and now Woo is following that up - promptly! -  with Jianyu Jianghu, also known in english as Rain of Swords In The Pugilistic World though I expect that to change soon.  A return to full out wuxia film also designed to help launch Michelle Yeoh back into the spotlight this one hasn't just been announced, it's not just being sold, it's actually being made.

428AD, Bodhi, a Southern India prince became a Buddhist monk and set off for China, earning a hallowed reputation as a mystical martial artist. Following his death, his remains mysteriously disappeared.

After a confrontation in Beijing, Zeng Jing's identity is uncovered and both she and Jiang must flee for their lives. As Zeng Jing kills off members of the gang while they are on the run, she quickly realises Jiang is actually Jingxiu, and he is seeking to avenge his father's death. This leads to a lethal triangle and a fight to death between our hero Zeng Jing, Jiang and The Black Stone.

The first stills for this one have started to pop up in the Chinese media and we've got a small selection below. 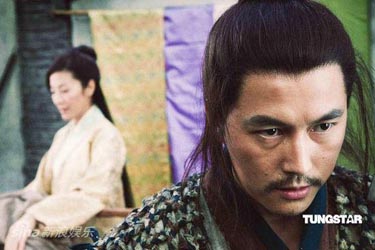 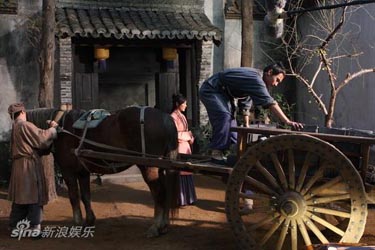 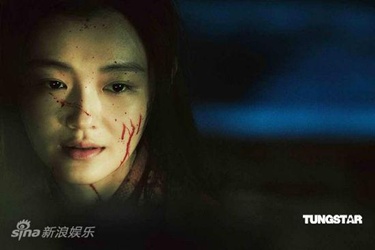