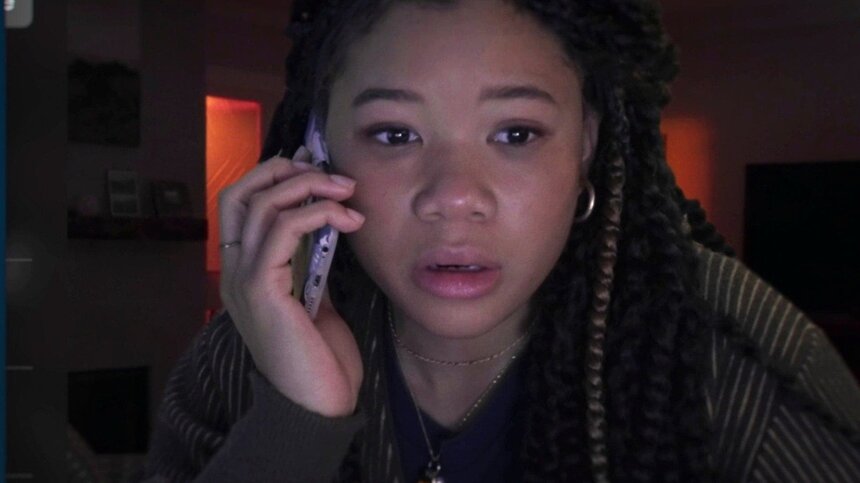 The definition of “crowd-pleaser,” Searching kept audiences rapt with its twisty plot, screens-within-screens narrative device, and one of Cho’s strongest lead turns as a widowed father desperately searching for his missing teenage daughter. It impressed general audiences too, turning a sizable profit as a result, opening studio doors for Chaganty and co-writer Sev Ohanian in the process.

A direct sequel, though, to a one-and-done story seemed improbable. Instead, Chaganty and Ohanian, serving as story writers and producers only, turned over full screenwriting and directorial duties to former editors Nicholas D. Johnson and Will Merrick to make their feature-length debut as full-fledged filmmakers. The in-universe result, Missing, trods familiar narrative and cinematic ground, while twisting and turning just enough story points, characters, and conflicts on their respective heads to make Missing a relatively novel experience for mainstream audiences eager to relive the thrills, surprises, and shocks of its predecessor.

Johnson and Merrick start by employing two seemingly simple subversions, switching the main character from a middle-aged Asian-American widower to an African-American teen, June, played by Storm Reid. She doesn’t go missing. Her widowed mother, Grace (June), does after a extended weekend getaway to Colombia with her new boyfriend, Kevin (Ken Leung).

At first, all seems normal, with June, seeing the light at the end of her high school life, throws a massive banger at her house, burning through most of the emergency funds left for her in Grace’s absence. Only Grace’s attorney friend, Heather (Amy Landecker), threatens to derail June’s fun. Heather fails.

Recovering from a night of celebratory binge-drinking with her high school friends, June stumbles to LAX to pick up Grace and Kevin, only to find neither booked on their return flight from Colombia. In short order, a resourceful June contacts the Columbian hotel where her mother and Kevin presumably stayed on their vacation, only to immediately hit a dead end. June likewise runs into stonewalling when she contacts the U.S. Embassy, forcing her to dip into her rapidly diminishing funds to hire a marginally employed local, Javi (Joaquim de Almeida), to essentially become her eyes and ears on the ground.

As June continues her search via cell phone, computer screen, and every imaginable chat or communication app available (from regular texting to WhatsApp), Johnson and Merrick remain faithful to the original’s central conceit: We never see June via a regular exterior camera, only through whatever’s readily available to June.

Sometimes Johnson and Merrick shoot June in the center of the frame surrounded by various apps on either side of the screen (some fixed, some scrolling). Other times, they flip their view, but rarely for long. It’s June’s journey and by extension, Reid’s riveting, modulated performance, that remains central to every shot, scene, and sequence in Missing.

Even as June begins to piece together clues about Grace’s fate, discovering one or two key facts about herself along the way, Johnson and Merrick pepper the screen with rapid-fire clues for attentive audience members to pick up on their own and piece together into the larger mystery. Sometimes, we are several steps behind June, sometimes several steps ahead, though a major red herring takes longer to identity and resolve, leading to an over-extended need to suspend disbelief.

Overall, however, it’s a minor critique in an otherwise well-structured screenplay that keeps audiences guessing almost until the end, when the underlying plot or counter-plot reveals itself and June, limited to her living room computer, ventures out into the world beyond her home.

The screens-within-screens approach, however, remains right up until the protracted third-act climax and an entirely satisfying ending that gives audiences exactly what they’d expect, want, and prefer in an in-universe sequel to Searching without making them feel they’ve seen a remake of the previous film. Unless, however, they find a clever, unexpected way of uniting the characters from Searching and Missing in a completely new missing-person thriller, a third film in this particular universe, though, might be one too many.