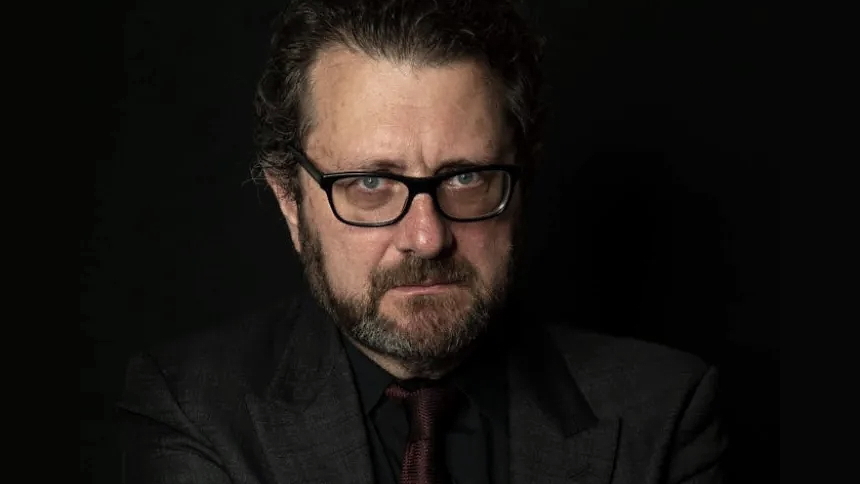 In the article series Sound and Vision we take a look at music videos from notable directors. This week we look at Bronski Beat's Smalltown Boy, directed by Bernard Rose.

Before we go on to talk about the main topic at hand in this week's Sound and Vision, the music video that Bernard Rose directed for Bronski Beat's Smalltown Boy, I would like to highlight a different music video by an entirely different director. The video in question is Yann Gonzalez's music video for Oliver Sim's Hideous, itself an outtake from an album film by the same name that can be watched on MUBI. In it we see Oliver Sim as a monstrous figure trying to find love and redemption. The entire thing is meant as a metaphor for Oliver Sim's struggle with living with HIV. The redemption comes at the end as a glittery angelic figure carries Sim's body like a pieta. The angelic figure in question is Jimmy Sommerville, the singer of Bronski Beat. It's the passing of the baton from one queer artist to another.

Which brings us to Bronski Beat's biggest hit, Smalltown Boy, the video of which depicts Jimmy Sommerville's struggles with coming out, and homophobia. It's very much a video depicting gay pain. Sommerville's character has to leave the house after an homophobic attack outs him to his less than understanding family. It's sadly a story that is all too common, and the video is a well thought out depiction of it, as it never dwells on the victimization of Sommerville in lurid details, like lesser directors would have done.

Still, it is very much emblematic of older tropes surrounding LGBTQIA+-characters, who in the early days of representation were often only shown as perpetrators or victims. Something like Yann Gonzalez's Hideous hints at deeper layers and metaphors that would've been unthinkably complex in the time Smalltown Boy came out.

It is reminiscent of Bernard Rose's own Candyman, which also was an early plea for understanding of the victimization of minorities, in this case black people, and also had a political undercurrent about living in the projects. Still, it was very much a white lens through which that story was filmed, in the same way that Smalltown Boy is noticeably filmed through a straight and cis lens. I'm not saying straight white cis males can't film stories about minorities and their lives at all. If anything, Bernard Rose proves it can be done with a lot of tact and insight. But his films and music videos do seem to be jumping off points for minority filmmakers to make their own, to tell their own stories, like Nia DaCosta did amazingly in her recent Candyman-remake. That film too, finds shades in the story that Rose only hinted at. It's the difference between an outsider perspective, how perceptive that outsider might be, and lived experience. Let Bernard Rose make whatever he wants to make, he is good at it. But I enjoy the fact that we get these interesting remixes of the work too.