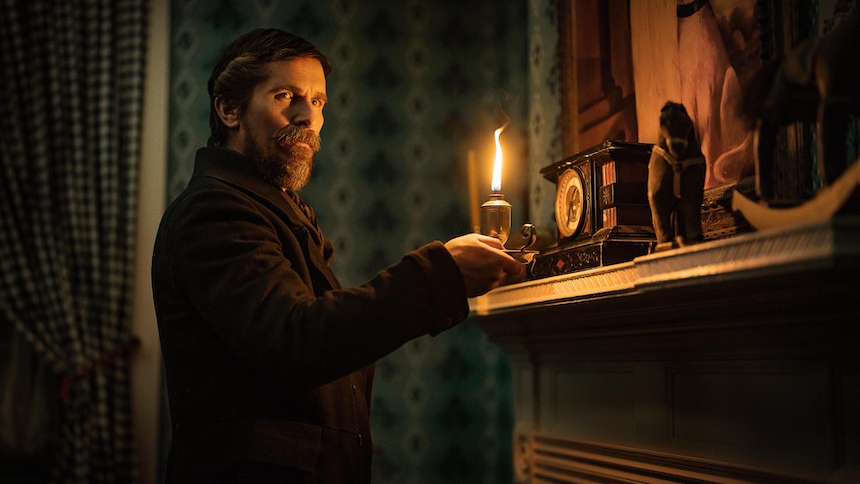 In his brief, brilliant life, writer, poet, and essayist Edgar Allan Poe experienced professional setbacks and personal catastrophes that contributed to his premature death at the age of 40,  ignored by contemporary readers and dismissed by his critical peers.

In his posthumous (after)life, though, Poe has experienced something closer to immortality, albeit of the artistic and cultural kind. Collectively, his short stories, poems, and novellas ultimately became the cornerstone of American Gothic fiction. Almost as importantly, Poe developed the tropes of detective fiction still relied on by writers more than 170 years after his death.

Not surprisingly, Poe remains a figure of fascination in and out of popular culture, from Roger Corman’s loose adaptations of Poe’s works (The Masque of the Red Death, The Pit and the Pendulum, The Fall of the House of Usher) more than half a century ago, many starring Vincent Price at his most deliriously committed, to attempts to turn Poe into a fictional or fictionalized character, like the justly forgotten The Raven, a mystery-thriller starring a sadly miscast John Cusack as Poe investigating a series of murders in the days and weeks before his death and now, The Pale Blue Eye, Scott Cooper’s (Hostiles, Out of the Furnace) adaptation of Louis Bayard’s 2003 novel of the same name.

In both Bayard’s novel and Cooper’s 1830-set adaptation, Poe (splendidly played by Harry Potter veteran Harry Melling) isn’t the central character; Augustus Landor (Christian Bale), a retired New York City constable, is. Obviously intended as a tip of the bowler hat to Poe’s Auguste Dupin, the star detective of The Murders in the Rue Morgue and The Purloined Letter, Landor represents the cold, hard light of logic and rationality, using deductive reasoning, sifting through clues, and an almost superhuman understanding of human nature, to solve crimes and put the perpetrator of said crimes in prison (or worse, depending on the crime).

Bayard and Cooper’s Landor, however, has left detective work behind, living in quiet despair on the outskirts of West Point, the site of the still relatively new United States Military Academy. When a cadet’s body is found hanged in the nearby forest and later, his heart removed from his chest, the academy’s leaders, Captain Hitchcock (Simon McBurney) and Superintendent Player (Timothy Spall), call on Landor to solve the case as quickly and expeditiously, not to mention as quietly, as possible. Hitchcock and Player are less worried about a potential killer stalking the grounds than what news of said killer will do to the academy’s reputation and its continued funding from the US. government.

It’s at West Point that Landor encounters the seemingly inscrutable, eccentric Poe, a cadet interested less in learning about military history, tactics, or strategy than in writing poetry, often, or so he says, with the help of his long-dead mother. Almost immediately, Landor sees Poe as a potential assistant in his investigation, going where Landor can’t, talking to the other cadets who would otherwise ignore or lie to Landor. That Poe fancies himself — not inaccurately — as something of a detective himself, makes their alliance all the more understandable narratively.

Landor and Poe’s investigation eventually takes them to the Marquis family, Daniel (Toby Jones), a medical doctor and part-time coroner who first examined the hanged cadet, Julia (Gillian Anderson), his temperamental wife, and their two children, Artemus (Harry Lawtey), like Poe a cadet at the academy, and Lea (Lucy Boynton), Artemus’s delicate, housebound sister. For the romantic (and Romantic) Poe, Lea represents a potential partner and almost as importantly, a muse for his poetry. The popular Artemus gives Poe access to the privileged class of cadets who leverage their status at the academy to disregard the rules and engage in somewhat bridled hedonism.

Unfortunately, the central mystery in The Pale Blue Eye — such as it is — goes nowhere for far too long. There’s little urgency in Landor’s investigation beyond Hitchcock and Player popping in periodically to remind Landor that their superiors in Washington, D.C. are waiting on his report.

Cooper’s tendency to draw out scenes, letting them unfold practically in real-time, doesn’t help either. Neither does an easily solvable mystery or the seeming red herrings, at least one provided by Robert Duvall’s Jean-Pepe, an academic obsessed with the occult, that should elevate interest in the who and why behind the murder of the first cadet and the desecration of his corpse by party or parties unknown.

Cooper’s attention to period detail, specifically the recreation of 1830s New York, while admirable, somehow didn’t extend to the performances. While Melling gives Poe exactly the off-kilter spin we’d expect from an onscreen depiction, Bale’s Landor wallows in brooding self-pity, often requiring Poe or another character to rouse him from his languor.

As Julia, Anderson gives an unrestrained, borderline camp performance that feels like it should be in an entirely different film (i.e., a period comedy), while Boynton languishes in an underwritten, undernourished role. As a result, Poe’s increasing fascination with Boynton's character doesn't feel justified. Instead, it feels obligatory and the perfunctory, driven by plot demands and not well-grounded character development.

Add to that (or rather subtract) late-film revelations meant to undermine almost everything we’ve seen and experienced before that cross over into tired, offensive cliches and a denouement that painfully stretches past the half-hour mark and it’s easy to conclude that The Pale Blue Eye, for all of its atmospherics, funereal mood, and Melling’s memorably idiosyncratic performance, fails to engage or entertain on even the most basic of levels, a misfire by any other name and a major disappointment to Poe’s fans.

The Pale Blue Eye opens in limited theatrical release in the U.S. today (Friday, December 23). The film will debut on Netflix worldwide on January 6.