Los Cabos 2022 Review: THE WHALE, One of Darren Aronofsky's Most Empathetic Films 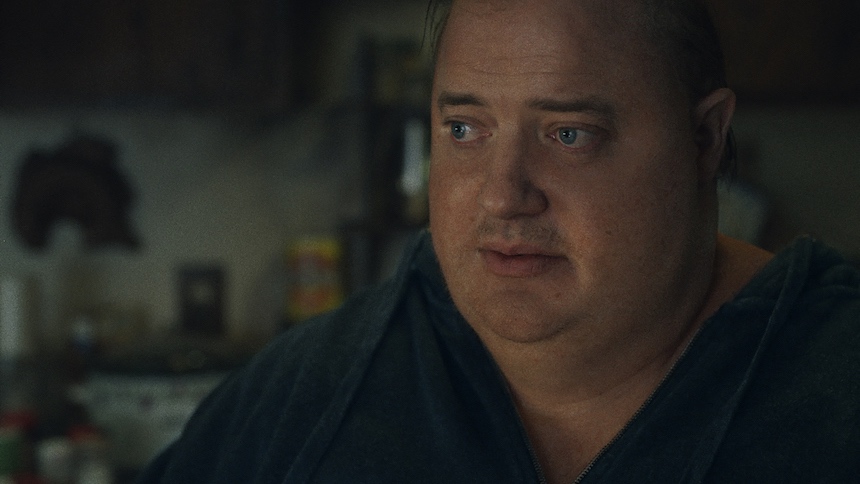 Darren Aronofsky’s The Whale was the opening film of the eleventh edition of the Los Cabos International Film Festival, which took place from November 9 to 13.

Since its world premiere at the latest edition of the Venice Film Festival, it’s been particularly notorious and controversial for Brendan Fraser’s leading role: Charlie, a morbidly obese man.

Fraser's characterization is, undoubtedly, memorable. Charlie can't get around without a walker, teaches writing online but keeps his webcam turned off to hide his appearance from class, and doesn't stop eating fried chicken or pizza.

The Whale isn’t only this, though, since it touches on many other topics from a theatrical approach: it’s based on a stage play by Samuel D. Hunter – also screenwriter for this adaptation – and it takes place entirely in one location (the protagonist's apartment), with a handful of characters that enter and exit the frame. Nothing more is needed for the construction of a hard portrait, full of emotion.

It’s clear from the start that Charlie’s on the brink of death and that he’s not considering going to a hospital. The Whale works as a life review of its main character. There lies its true core, the past – so loving, painful and tragic – is revealed in the course of a week and we discover what led Charlie to his situation: he left his wife (Samantha Morton) and daughter (Sadie Sink) and, eventually, suffered the death of his boyfriend, Alan.

Aronofsky and Hunter delve into religious concepts such as salvation, as well as others like homophobia. Likewise, they reveal the protagonist's search for peace, which depends primarily on the reencounter with his daughter: a problematic teenager whom he hasn’t seen since she was a child, but despite that, she represents his greatest concern.

The Whale finds humanity and honesty in each one of its troubled characters; there's also Alan's sister, who took on the role of Charlie's caretaker (Hong Chau), a young missionary (Ty Simpkins) and even a nearly anonymous pizza delivery guy (Sathya Sridharan). The film evokes Aronofsky’s The Wrestler and is one of his most empathetic works.