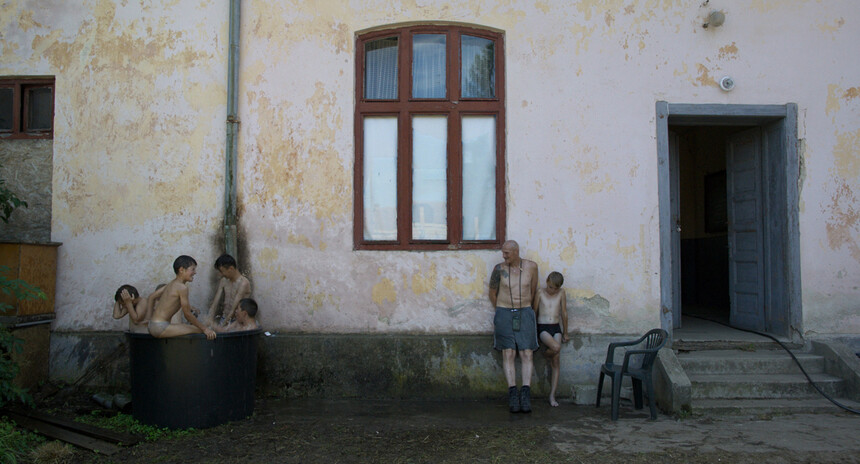 Provocative Austrian auteur Ulrich Seidl saw the world premiere premiere of Sparta pulled from the line-up at the Toronto International Film Festival in September, based on the allegations from an article in Der Spiegel one day before the premiere.

The largest Czech documentary gathering, Jihlava International Film Festival, decided to screen it and also hold its first ethics conference, where the organizers addressed the issue around the film.

Festival director Marek Hovorka wanted to open a discussion by screening the film, while the filmmaker himself issued a statement at the time of Der Spiegel' s article, dismissing the allegations. Local authorities investigated the case and did not find any violations.

The controversial Austrian filmmaker spent the pandemic editing his latest project, titled Wicked Games (Bose Spiele), which wrapped shooting back in 2019. In February 2022, he revealed the first part of the project Rimini (read the review) at Berlinale. The film turned out to be a part of a diptych about two Austrian brothers living in their adopted countries.

The brothers are temporarily reunited at their mother´s funeral. They take turns taking care of their elderly father, who lives in a care facility, suffering from Alzheimer's and sudden bouts of his Nazi past.

Richie Bravo, the artistic name of the Rimini protagonist, earns a living serenading elderly women in the off-season Italian seaside town of Rimini while working part-time as a gigolo. On the other hand, his brother Ewald (Georg Friedrich) chooses a voluntary exile in Romania. 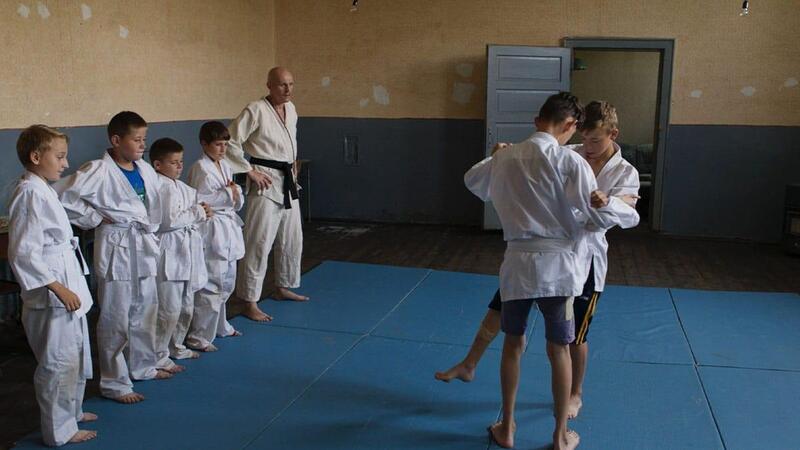 Rimini and Sparta, the Wicked Games brotherhood, resemble Seidl's male take on his Paradise trilogy. Both projects are headlined by the filmmaker's primary anthropological subject: loneliness and the accompanying human plight. Sparta feels like vintage Seidl, when the filmmaker gravitated considerably more toward the documentary side in his big-screen works.

As Rimini and Sparta are both clear-cut character studies, Seidl switches to a slow-burning observatory and contemplative mode of inner turmoil in Sparta, as opposed to the rambunctious and voyeuristic plot-driven tragicomedy Rimini.

Anemic in terms of plotting to the extent of slow cinema, sad sack Ewald wanders through rural Romania reconstructing ancient, dilapidated schools and convening local impoverished kids to teach them judo for free. The career shift to become a gratuitous teacher of a contact sport to prepubescent boys from broken families comes after a sexual underperformance, followed by the break-up with his girlfriend.

The director leaves little to the imagination, and it becomes fairly obvious that Ewald harnesses pedophiliac urges. He does not fully succumb to them yet he cannot completely restrain himself. The inner struggle becomes the crux of the film.

The central story is based on a true story of a German man, Markus Roth, who offered free judo lessons to young boys in poor areas of Romania. He was busted by Interpol in Project Spade,  which targeted an international pedophile ring with a base in Canada.

Sparta reconstructs the core of the Markus Roth case. More importantly and disturbingly, the film is not a judgemental denouncement of predatory pedophiles but spotlights finer details. Seidl chose a different direction than his colleague Markus Schleinzer in Michael. 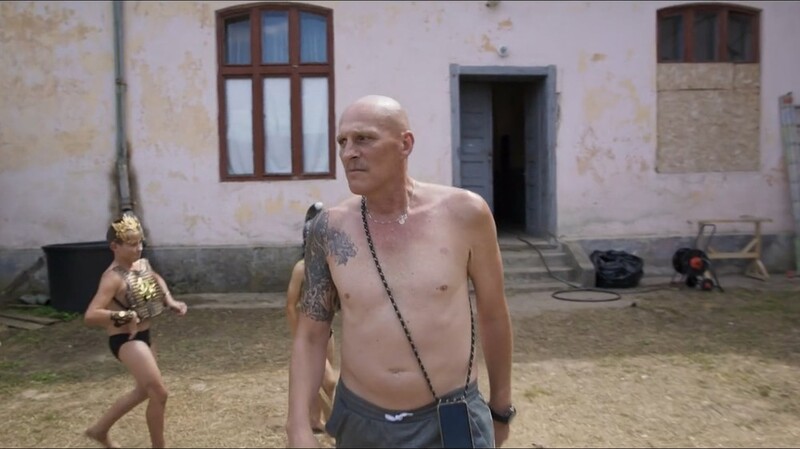 Ewald does not touch the kids, at least not in an inappropriate manner, and showers them with fatherly care and attention. He teaches them judo, builds them a fortress, provides them with a water tank to splash in, and gives them centurion-like armor and nicknames from Greek mythology.

Nothing explicitly inappropriate or graphically shocking takes place in front of the camera. With one exception that may trigger a sensitive audience: Ewald, in the heat of the moment of a childish play,  takes off his trunks spontaneously in the showers.

There is a second when the boys are a bit startled but continue horsing around. It is an extremely awkward moment. Rimini entails a longer list of cringe moments, adequately milked for distressing effect, but those are strictly between adults. It is a risqué move by the director, as well as the actor, who performs the scene in a state of sexual arousal.

In its ambiguous delivery, Sparta is a portrait of "a good pedophile". Ewald gives neglected and abused kids the attention they have been robbed of by their fathers.

Czech filmmaker Veronika Lišková did something similar, albeit more open in Daniel's World, where he lets a young pedophile explain what it is to live with a sexual attraction to minors. The titular character talks about his daily, torturous thoughts and the willpower he has to exercise to avoid transgression. 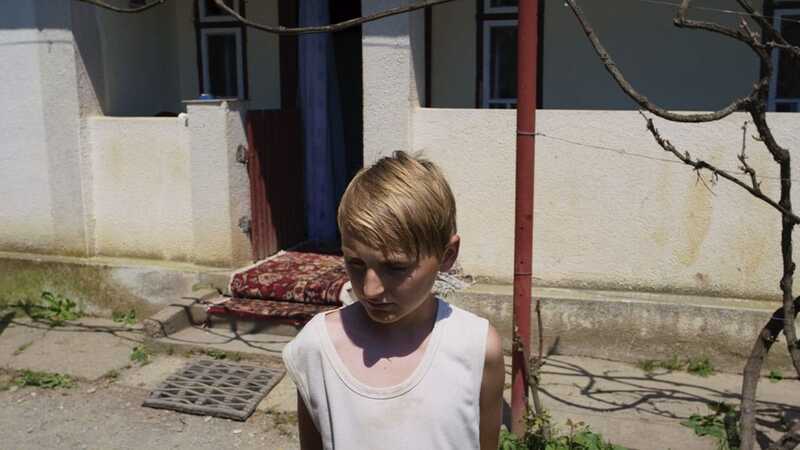 Markus Roth's story, which inspired Seidl and his writing partner Veronika Franz, however, has a darker side. Roth was busted for selling videos and photos of young boys frolicking naked, which were deemed by the Romanian court as "obscene" and classified as child pornography. This led to exposing of what Toronto detectives called "the largest pornography ring" they have ever seen with 348 arrests across 90 countries.

The latter part of Roth's case is missing from Sparta or is at least taking part off-screen. Ultimately, Seidl reveals Ewald taking non-nude photos of his trainees. Nevertheless, any connection to a possible pedophile ring is completely obscured, even though it would be the most plausible explanation how a jobless ex-pat could go on, month by month, offering free judo lessons and buying ramshackle real estate properties.

Sparta wields two complementary layers. The first is strictly psychological and depicts the protagonist's conflict with himself. The second layer extends to a social dimension, portraying Ewald as somebody who attempts to remedy a miserable childhood for kids neglected by their parents, even if the charity is driven by non-offending sexual attraction.

The moral conflict fans the tension that keeps carrying the almost contemplative film. which Seidl deliberately keeps in a grey zone. And that's the reason the director avoids incriminating the protagonist on the screen. 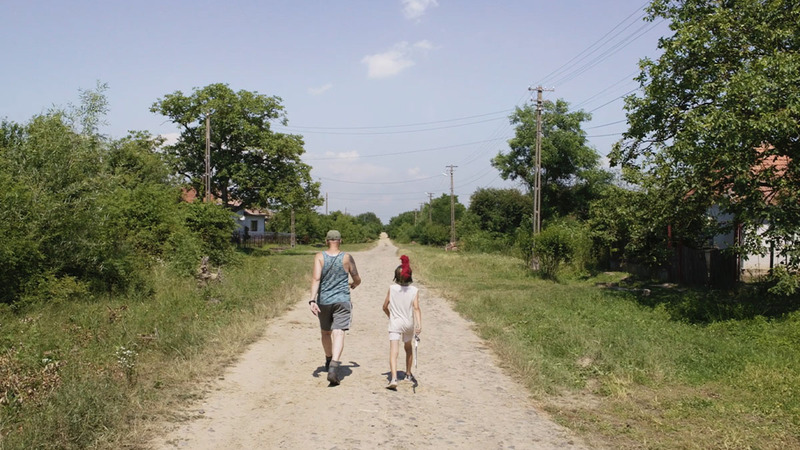 Sparta has a toned-down approach to the story and narrative compared to the raucous Rimini. Where Rimini feels more like a fiction film, Sparta's docu-fiction nature gets more blurred by the fact that the story is a reconstruction, with the vilest parts muted.

Seidl picked local kids who further interact with Georg Friedrich in the main role. The choice to pick nonprofessional actors, social actors, makes the whole situation around Ewald more discomforting,  thrusting the filmmaking into a social experiment. This once again pushes the whole venture into the territory of documentary filmmaking.

The whole setup is a tricky situation, even though the director claims all the works on and off the set have been adequately supervised. Seidl has already pulled a similar stunt in his previous work Import/Export when depicting a Roma district in Eastern Europe for shock value.

Whether any form of exploitation took place with poverty-stricken families that allowed their children to star in the film cannot be judged by the viewing experience. Seidl had previously worked with nonprofessional actors and managed to come out with strange and disturbing material. The method had not been yet challenged by any authorities.

What is troubling about Sparta is that in addition to reconstructing Markus Roth's case, the situation with kids appears to reconstruct their true experiences as abused children and thus putting them through the trauma again. Octavian, the young kid on whom Ewald has an obvious crush is seen experiencing obviously distressing interactions (these interactions are directly referred to in the Der Spiegel piece).

Seidl once again cements his reputation as a controversial filmmaker while opening up a discussion about the borders of docu-fiction filmmaking, not just ethical borders, but conceptual as well.

Do you feel this content is inappropriate or infringes upon your rights? Click here to report it, or see our DMCA policy.
docu-fictionJihlava 2022Ulrich SeidlVeronika FranzGeorg FriedrichHans-Michael RehbergFlorentina Elena PopDrama