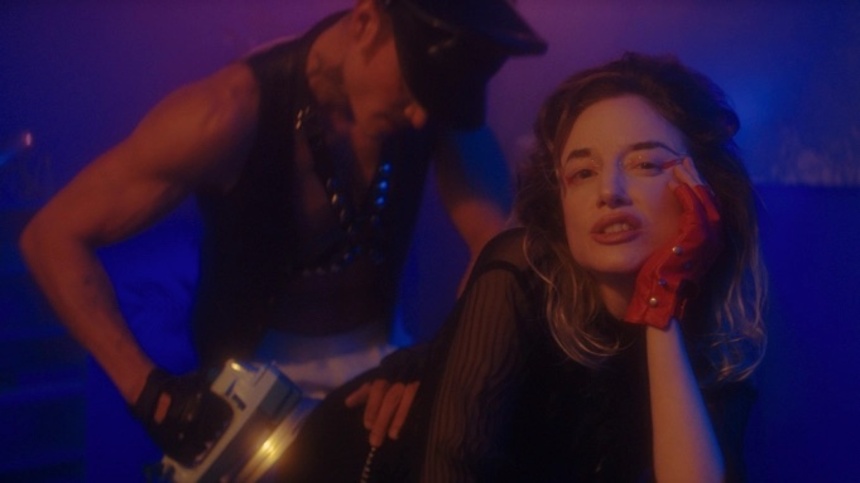 For those in the queer community, and allies of it, we're (hopefully) aware that sexual and gender identity is still that strays outside the heteronormative is still taboo (to put it mildly) in much of the world, even in societies in which queer characters appear in mainstream culture. Sometimes you have to reach for the strange, the offbeat, the side-winding paths to explore that which is still too often unspeakable (not because it is wrong, but because of societal pressure) - but that exploration can be beautiful. And sexy. And terrifying.

Filmmaker Amanada Kramer has managed in just a few short years to make an undelible mark on cinema, particularly with her use of music, colour, and characters who bend outside the norm. One of two feature films released this year written and directed by her, Please Baby Please could be described as a beat-generation musical by way of John Waters and Kenneth Anger, with music and style reminscent of West Side Story and The Wild One. But perhaps these are merely touchstones for Kramer's own creative vision, one that embraces the camp, the queer romance and search for identity, the crime thriller, and blends it into a unique, off-kilter musical that seduces as it makes you squirm.

It's a dark nice in a city seemingly devoid of most people, in a neighbourhood not safe for those wandering after dark, and The Young Gents - a gang with greased hair, clad in leather-jackets - make that clear to any who cross their path. For little reason, they severely beat a couple that happens by. This is witnessed by another couple, Suze (Andrea Riseborough) and Arthur (Harry Melling). The gang's leader, Teddy (Karl Glusman) trades some lusty looks with Arthur, before pressing the couple for their address. For days, Suze waits for the gang to break into their apartment, while Arthur can't help his thoughts turning to Teddy, stirring feelings he didn't know he had. Suze makes friends with sophisticated neighbour Maureen (Demi Moore), and soon finds herself exploring her own identity in a new way.

It is perhaps only in this hyper-stylized, somewhat fantastical world of beat slang and leather-bound, dancing, deadly gangs, apartments of constant blue, and an almost permanent fog of nighttime, that the truth can be slowly discovered. While they love each other and seem happy enough with the arrangement of their relationship: a very heteronormative marriage which belies their claim to being bohemians. But even that is a comfort zone, as they discover: first, as Suze realizes she might contain too many hard edges and angers to be a proper wife, and Arthur's desires for physical touch might not be satisfied by Suze. 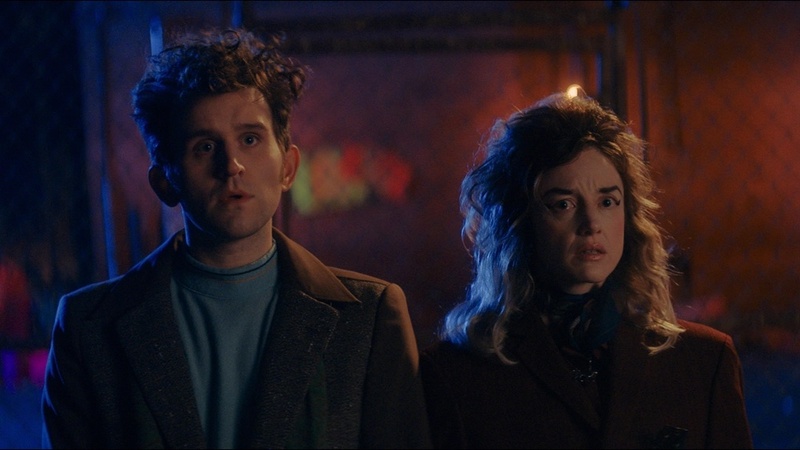 This high-gloss, sex-infused, singing and poetic romp, in fact, dares you to not take it seriously - this is not to say it isn't enjoyable, in fact just the opposite, but Kramer is playing the audience very carefully. We are, like Arthur and Suze, both horrified and enthralled by the almost casual violence, that we cannot help but revert to poetic and philosophical ramblings to jusitfy our conflicting emotions. This is not just queer theory in discussion, but in action - queerness has been appropriated and repackaged by heteronormativity for decades, and it seems Kramer is reclaiming much of it, showing how, in reality, perhaps heteronormativity is so narrow and exclusive that it's barely worth the trouble.

Riseborough is just chewing the scenery in the most delicious and terrifying manner, relishing the chance to explore a character with such relish, a character who indeed begins to relish herself and her new identity. Melling's natural talent towards introspective characters suits well to express Arthur's frustration at how he must be seen as a male and his desire to exist outside the toxic traits too often lauded by his society.

Queerness is embraced and celebrated in all its colour and depravity, and the darkest corners are as much a part of this world as the light. Please Baby Please immediately takes us into this feverdream that haunts us like the familiar music, clothes, and colours it displays, as it roars its story of anger, love, and sex into the Manhattan night.

Do you feel this content is inappropriate or infringes upon your rights? Click here to report it, or see our DMCA policy.
Amanda KramerNoel David TaylorAndrea RiseboroughHarry MellingDemi MooreDramaMusical