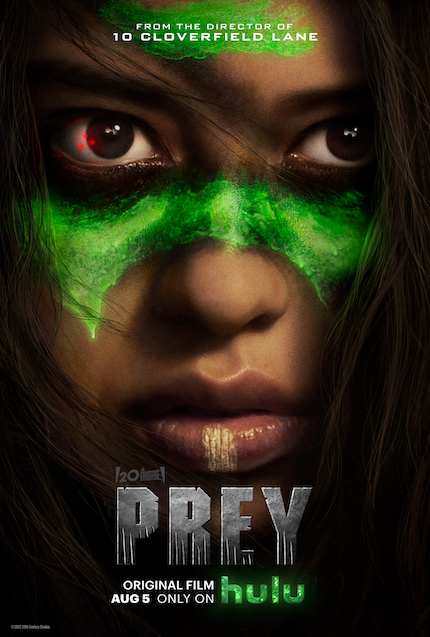 If it bleeds, we can keep the franchise alive.

Prey
The film will stream exclusively as a Hulu original in Canada and the U.S., beginning on August 5, 2022. It will stream on Disney Plus in the U.K. and other worldwide territories.

Early in the 18th century, a spaceship lands in the Great Northern Plains. A hunter emerges.

Thus begins a new adventure in the Predator franchise, returning to its roots as a simple tale of a hunter and its prey. In less than 100 minutes, director Dan Trachtenberg and writer Patrick Aison conjure up a fresh perspective, centering the story on Naru (Amber Midthunder), a young woman who is already skilled in the healing arts and an expert tracker, yet yearns to prove herself to be a hunter worthy of her people, especially her older brother and apparent father figure in their single-parent family.

Of course, neither Naru nor any of her people could possibly imagine that a creature from outer space has landed in their territory, where they are accustomed to hunting animals to sustain themselves in the broad and scenic land where they have settled. So they minimize Naru's concerns that she has spied something extraordinary and unknown in the forest one night, prompting her to set off on her own the next day on a hunting mission to kill the invader.

What follows is a series of expertly staged and performed hunting and stalking episodes that begin brutally and soon descend into extremely bloody ripping of flesh and tearing of limbs as the Naru is eventually joined by her fellow brave warriors, who are confident that they can defeat their new enemy. Dan Trachtenberg, who helmed the superior suspense thriller 10 Cloverfield Lane (2016), as well as various episodic television shows, swiftly moves the action through its paces in a manner that, generally, allows for the action to be followed, though occasionally things get jumbled up in a haze of blood and torn limbs.

The digital animals occasionally look a bit dodgy, to be frank, but Trachtenberg and film editors Claudia Costello and Angela M. Catanzaro keep things moving briskly, and it's all shot in a crisp, cool and stylish manner by director of photography Jeff Cutter (10 Cloverfield Lane, Orphan), taking full advantage of scenery that looks magnificent and a picturesque variety of backgrounds.

Amber Midthunder gives a fierce, persuasive and winning performance as the fully-committed Naru, who is ready to prove herself a mighty hunter in defense of her people. And to make an uninvited and unwelcome guest bleed profusely until it dies. 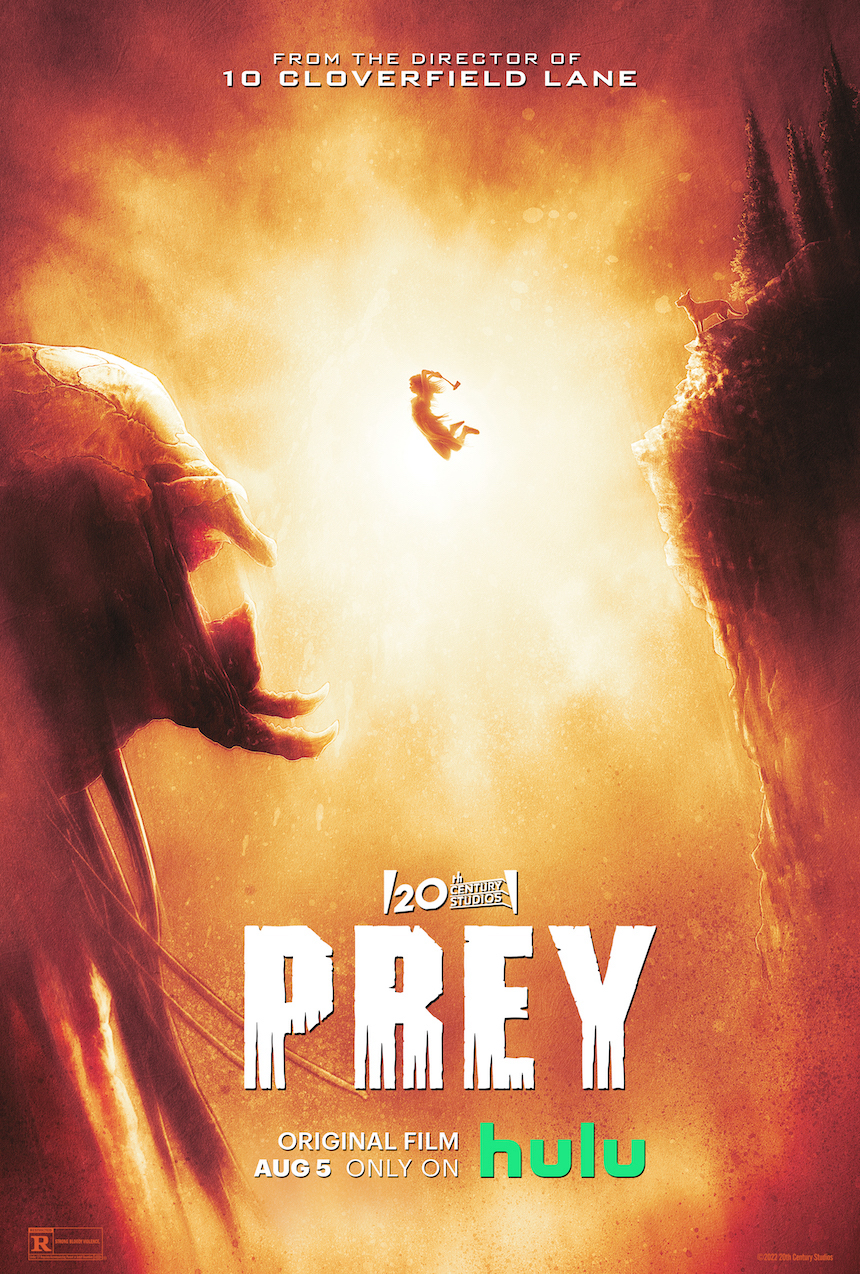 Do you feel this content is inappropriate or infringes upon your rights? Click here to report it, or see our DMCA policy.
20th CenturyAmber MidthunderDan TrachtenbergDisney PlusHuluUS