Sokurov's disturbing and comical deepfake film is a cross-over between 'Dante's Inferno' and Samuel Beckett's 'Waiting for Godot; with the artistic sensitivity of Goya's tableaux. 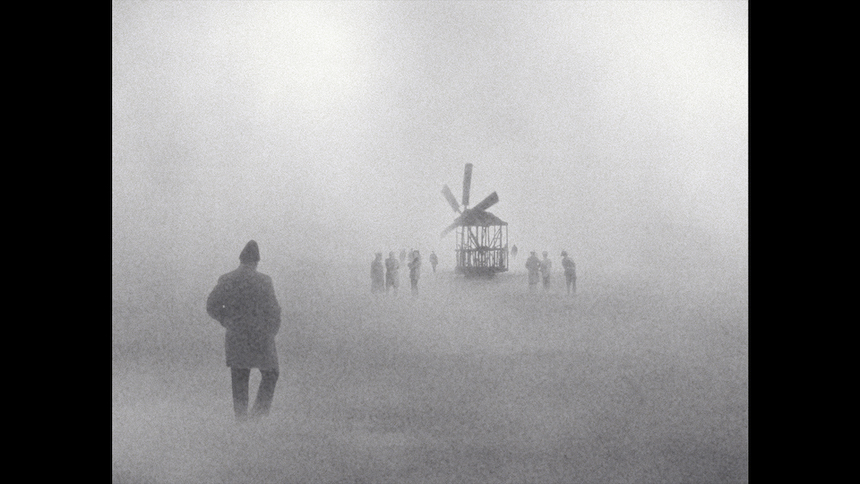 Ahead of the 75th Locarno Film Festival, the only title drawing criticism was that of acclaimed Russian veteran director Alexander Sokurov. The invasion of Ukraine and the Russo-Ukrainian war have led to calls for a blanket boycott of Russian culture.

In addition to his stance on the country's leadership and the war with Ukraine, Sokurov announced that his latest project is not funded by government financing. Thus, Fairytale was introduced by way of its world premiere at Locarno, following the Cannes Film Festival's rejection of the title.

Sokurov's previous work was a mediation on the history of the Louvre during the Nazi occupation, Francophonia. In Fairytale, the director returns to his previous body of work centered on infamous dictators of the 20th century, consisting of Moloch, Taurus, and The Sun.

Fairytale, a grossly misleading title, revives Stalin, Hitler, and Mussolini, and brings Churchill into the fold, along with Jesus Christ. Napoleon Bonaparte and God have a cameo. The merry party finds themselves in a literal limbo, spending eternity in each other´s company.

The (in)famous protagonists ramble on about their past regrets and blames while wandering through endless plains and a Babel Tower-like construction. And they take turns in front of heaven's gate and, as in a Beckett play, they all are told to wait.

With dictators going off the rails even in their post-mortem state, confinement in an anteroom to eternity turns into a cabin-fever situation. Hitler blows up a windmill out of childish mischief. The blame game among autocrats continues.

Fairytale serves as a coda or an epilogue to the tyrants' trilogy. Curiously enough, Sokurov's fantastic Faust adaptation served a similar purpose. Unlike the archetypal tale of a pact with the devil, Fairytale does not follow a single narrative. Fairytale´s foursome interacts haphazardly in an assemblage of random acts, driven mostly by dream logic.

Sokurov's latest does not lack humor, as the infamous dictators partake in banal and slapstick situations. Indeed, the film feels like onceptual intellectual slapstick. But the director ends up veering into nightmarish imagery as the protagonists wander aimlessly in the underground and on limitless plains. Fairytale is a cross-over between Dante's Inferno and Samuel Beckett's Waiting for Godot, with a chunk of a history lesson thrown in.

Fairytale flays the grandeur and mythic status of the historic protagonists, whether they have been revered or condemned, depicting them as hapless as anybody else. Sokurov goes as far in the intellectual comedy as depicting the protagonists in a conceptual take on the four stooges while making peculiarly cogent parallels to the current political climate in the process.

Without a coherent narrative arc and plotless riffing of the characters' personal traits and histories, Fairytale resembles an art installation more than a cinematic oeuvre. The large chiaroscuro tableaux drawd inspiration from the aesthetics of metaphysical woodcutting and Goya's eerie visions.

The film loosens the uncanny, combining comical, mystical, and nightmarish elements. As Sokurov treats the material with high visual sensitivity, Fairytale is more suitable for a white box space running on a continuous loop.

And the director himself is developing his approach and craftmanship. Unlike his previous works, where actors played infamous dictators, Sokurov recreated all the characters using AI deepfake technology. The technology makes the whole experience even more uncanny.

In addition, Sokurov pushes the envelope by having clones of each protagonist inhabiting the purgatory. The all-consuming uncanny effect result from a blend of the mesmerism of pittura metaphysical paintings and a disturbing comedy of otherworldly deadpan political sketches.