Expanding This Week: THE GOOD BOSS, Javier Bardem and The Slap 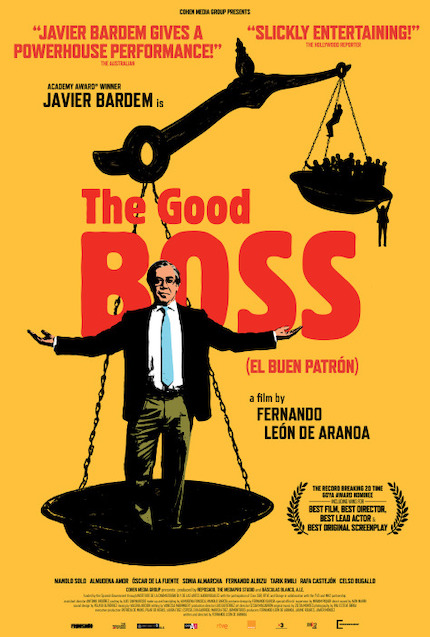 In this case, as an exception, maybe he deserves it.

To be clear, I am definitely not advocating that anyone should slap their boss. (Side-eye to my wonderful boss.) The titular character, played by Javier Bardem in The Good Boss, however, may have earned special treatment. According to the official synopsis:

"Básculas Blanco, a Spanish company producing industrial scales in a provincial Spanish town, awaits the imminent visit from a committee which holds its fate in their hands as to whether they merit a local Business Excellence award. Everything has to be perfect when the time comes.

"Working against the clock, the company's proprietor, Blanco (Bardem) pulls out all the stops to address and resolve issues with his employees, crossing every imaginable line in the process."

The film opened in New York and Los Angeles over the weekend and will expand to more cities in the U.S., including Chicago, Philadelphia, Seattle, Portland, Detroit, Austin, Miami and many, many more, on Friday, September 2. Watch the trailer below. Get more information by visiting the official site.