Ronald Bronstein, longtime Josh and Benny Safdie collaborator, directed an outburst of desperation and frustration, now on Blu-ray from The Criterion Collection. 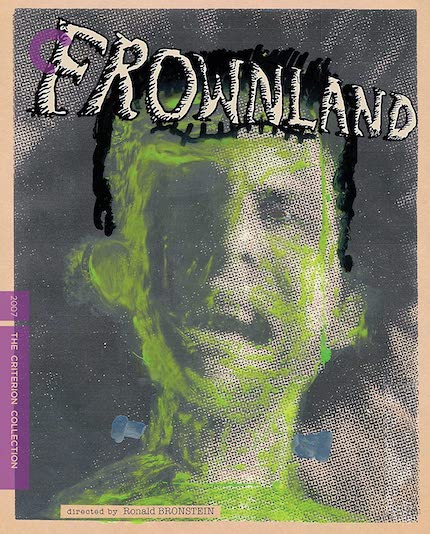 Frownland not only makes a point of spotlighting the kind of difficult social outcasts that most movies would never acknowledge, it seeks to condemn us for ever thinking we could harbor understandable empathy for such people.  Created top to bottom by Ronald Bronstein, a key longtime collaborator of Josh and Benny Safdie (Good Time; Uncut Gems), Frownland is inherently rough by design.  None of that is a criticism.

This is one of those Criterions where the filmmaker’s sensibility and current voice is grafted onto the company’s familiar aesthetic template.  The fact that there are so few bonus features reflects not only the impoverished making of Frownland, but its maker’s own tempestuous relationship with his own material.  Those slide-out grey menus and submenus from the left side of the screen are all personal messages from Bronstein, sometimes reading as apologetic for whatever we’re clicking on.

Bronstein need not apologize.  Though 2007’s Frownland, his one and only directorial film, is unlikely to ever turn anyone’s frown upside-down, it’s a bizarrely never-not-compelling garish petunia of a movie. Shot on an unpopular 800 ASA film stock and initially post-graded imperfectly, Frownland has color blobs to spare and enough film grain in every frame to choke a horse.

In the grunge rock misery of the early 1990s, this aesthetic would’ve been celebrated as hip, edgy, and of-the-moment.  It would’ve potentially sniped Richard Linklater’s Slacker and Harmony Korine’s Gummo, landing as right at home.  But not in 2007.

So is Frownland merely an unintentional too-late relic?  Or a calculated nostalgic throwback?  No.  At the start of this many-years-in-the-making production, our main character is Keith (Dore Mann), a harried, frazzled and ever-agitated nervous tick of a twenty-something.

Keith stutters, schemes, and scams his way through life, his aggressive grabs for sustenance, validation or even acknowledgment immediately too much for most anyone else.  (He’s regularly told to “Take it down a notch”).

By the time we meet him, he is already way down in the pit of systemic mental scarring.  There are no bootstraps on his crummy shoes for him to pull himself up by.  And if there were, where would he be allowed to emerge?  Not anywhere near most of our homes…

Yet, there we all are: our imposter syndromes, our need for love, our barely suppressed rage at any little thing, our stink, our self-pity, our denials, our deep-seated suppression of guilt both earned and wrongly inflicted.  The difference between Keith and “proper society” are merely matters of thresholds, resources, and capacities.  Seeing this -- feeling this -- is the point of Frownland.

Understanding universal brokenness is one thing.  To willingly immerse oneself into such an experience is quite another.  And to finally realize that Keith and his arrogant roommate Charles (Paul Grimstad) aren’t “the others” in this scenario, that they are our reflections.

If you’re of the social class that can afford the luxury of buying Criterion Blu-rays, be mindful to put aside any well-intended notion of this film serving as some sort of momentary glimpse at “how the other half lives”, which might be a default perspective.  Keith and Charles, after all, are people who can’t keep the electricity on in their crappy apartment.  These characters have no bandwidth for anything but survival.

Well, Charles does.  His lackadaisical existence of reading Grant Morrison Doom Patrol comics while surrounded by movie and rock 'n’ roll posters (RoboCop 2, Talking Heads, and so forth) betray his reality.  Or does it?  Tellingly, it’s still the early 1990s in his room.  Charles’ denial of his parental safety net aside, his raw arrogance demonstrates how precariously close to poverty and/or homelessness so many of us actually are. 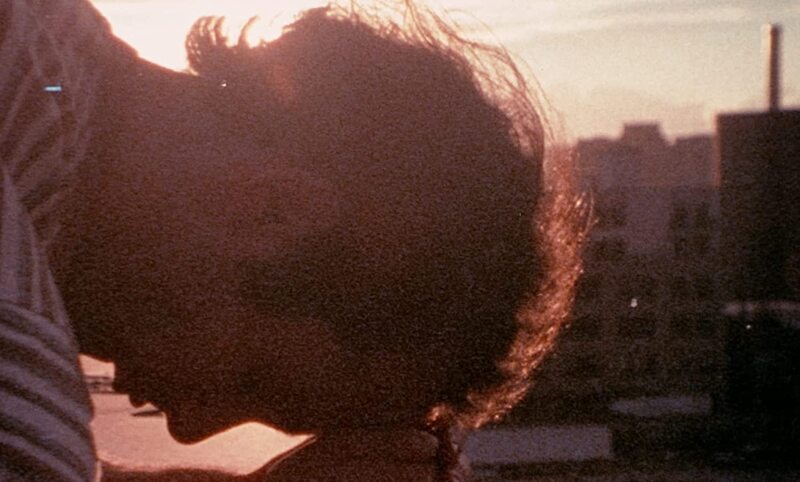 So, on those sobering notes of existential loathing and self-realization, let’s dig into Criterion’s handling of this director-approved special edition of Frownland.  The film comes at us with a new and necessary 2K digital transfer with an uncompressed monaural soundtrack.  In supervising this process, Bronstein made the decision to maintain the film’s original flawed color timing.  It’s a choice that definitely rings true in the broader context of this project.

Bronstein discusses this as well as many other things in his video discussion with Josh Safdie.  Apparently, this was shot several years ago and was marred by sickness at the time, although neither is apparent.

It’s a longer chat by contemporary Criterion standards of keeping most new extras around twenty minutes, but never not interesting.  Despite his subsequent successes following Frownland, Bronstein still has significant anxiety and harbors issues getting in front of people in the interest of his work.

That makes this Blu-ray’s very existence, such as it is, a special and rare thing.  Hopefully it’s been a positive experience for Bronstein.  The end product is certainly great to have, and to be able to freely return to.

Besides that conversation with Safdie, the only other extras are a few deleted scenes (with the filmmaker’s explanation of why they got the ax) and an amusing festival screening promo for Frownland that recreates an old public access prank show called “Doo-doo Dollar.”  It’s just a few minutes of hidden camera clips of people on the street stopping to pick up a dollar bill only to find that its backside is smeared thick with dog crap.  The repulsiveness-as-entertainment notion of the show fascinated Bronstein enough to try it himself.  And now, here it is.

Finally, in keeping with the errant 1990s veneer of it all, the insert booklet is done in the style of a very underground zine.  Aside from its obligatory size and the urine-yellow paper it’s printed on, this looks straight off the surreptitiously utilized Kinko’s Xerox machine at 12:30 in the morning.  Contents include a new essay by none other than Richard Brody and an oral history of the film.  Quite well done.

Frownland is a fully engaging drag, but a drag by design.  It’s a blunt instrument that manages to cut through our callouses of comfort and/or our denials of depressiveness.  Do we come away wanting to spend more time with Keith or Charlie?  No.  And that may be the point.  But they make their marks, and that’s something to smile about or, in this case, frown about.

Do you feel this content is inappropriate or infringes upon your rights? Click here to report it, or see our DMCA policy.
CriterionFrownlandJosh and Benny SafdieRonald BronsteinDore MannPaul GrimstadDavid SandholmComedyDrama